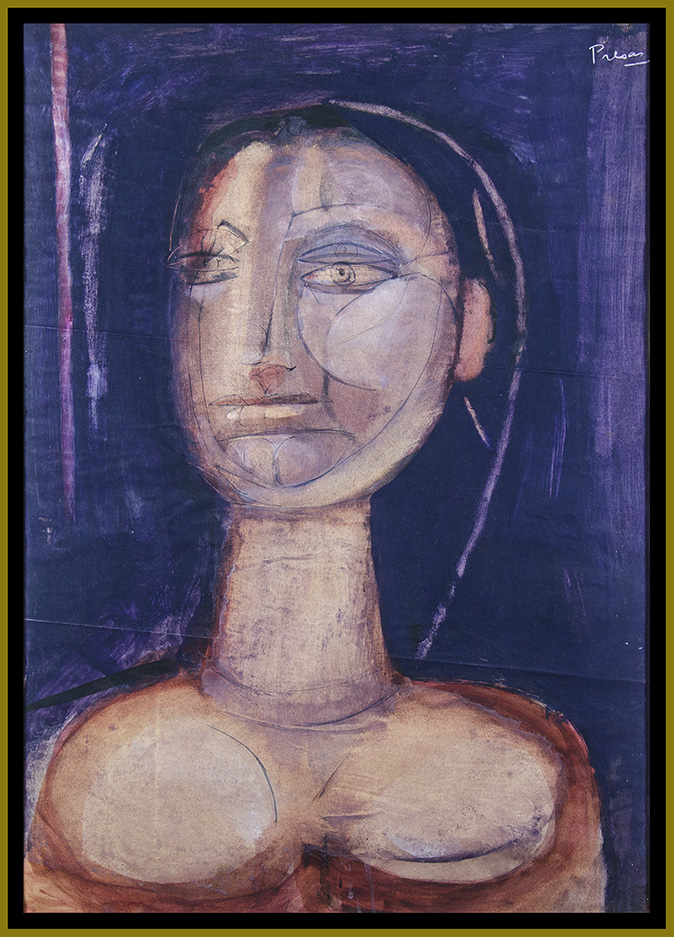 Painting done on his return from the trip to Europe - he toured France, Spain, Italy and England - when Presas emphasized his admiration for Picasso. Rafael Squirru expresses it well in his Critical Study published in 1967, referring to the pieces that follow his stay in the Old World: Women also go through a period of Picassian parenthood, until as it happens when half sincerity (and talent) the form is gradually assimilating to the painter's particular tenderness and we enter one of the most important periods of his art . (1)

The female figure of Presas was inspired by her favorite model, her wife Elsa. We find her here in the tempera period, when he achieved a series of portraits of singular invoice, so singular that they place him at the head of the country's portrait artists. (2) At that time, a punctilious artist, along with his wife, competed in the preparation of the tempera (egg tempera), resorting to old formulas read in a treatise by the German Max Torner. Elsa always remembered that the artist triumphed, enjoying with great joy, always, his little victory.

Leopoldo Presas (1915-2009) was an outstanding Argentine artist who won awards in our country and internationally. Linked to surrealism in its beginnings -he was one of the founders of the Orión Group-, his painting derived towards its own lines.