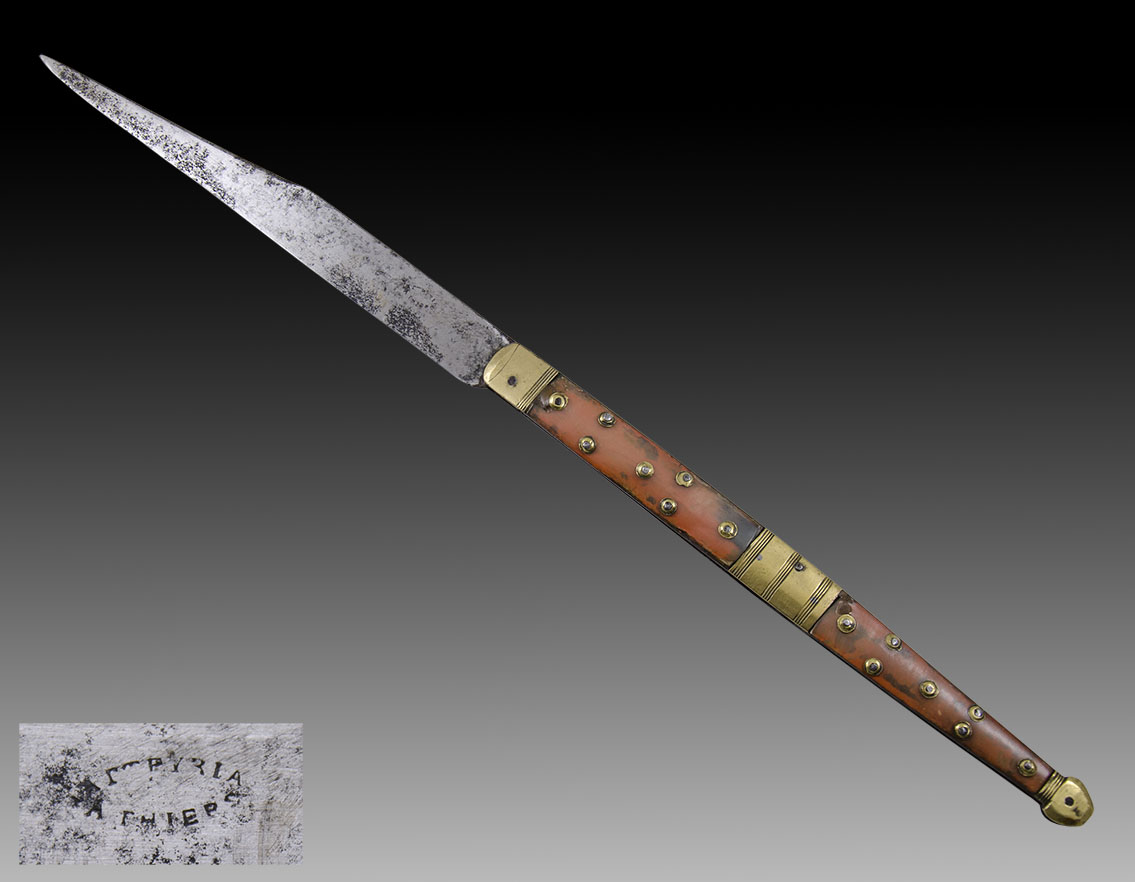 Pocket knife. Thiers, France. Second half of the 19th century.

Folding pocket knife. Measures. Total length (open): 45 cm / 17.71 in. Closed: 24.5 cm / 9.68 in. Handle formed with long handles of dyed and spiked horns with steel studs and a bronze or brass head, as well as the central ferrule -with engraved decoration- and the metal details located at both ends of it.

Its steel blade with edge and counter edge, presents a good patina. It bears the legend of the brand -something worn- and underneath, its place of origin, the center of French cutlery: Ga..Fyrias / Thiers. (1)

Throughout the nineteenth century, pocket knives gained popularity, although they have been known since the seventeenth century, first in Spain and later in France. Its peculiarity of being foldable - the blade is stored inside the handle - makes it safer and allows it to be hidden more easily in clothing.

The city of Thiers is recognized as the largest production center in France, and very active in its sales abroad, Spain was the preferred destination although numerous regulations prohibited its use in Hispanic lands -in the metropolis and in overseas territories-, reason which partly explains its current notable scarcity, beyond the deterioration due to use and the passage of time. Regarding their rarity, says the Spanish specialist Martínez del Peral, (...) swords, sabers, daggers, machetes, etc., can be seen very easily in museums and without serious difficulty in the market. Let's not say anything about firearms; but pocket knives, how difficult it is! There are but very few and in general, deteriorated, broken and incomplete. (2)