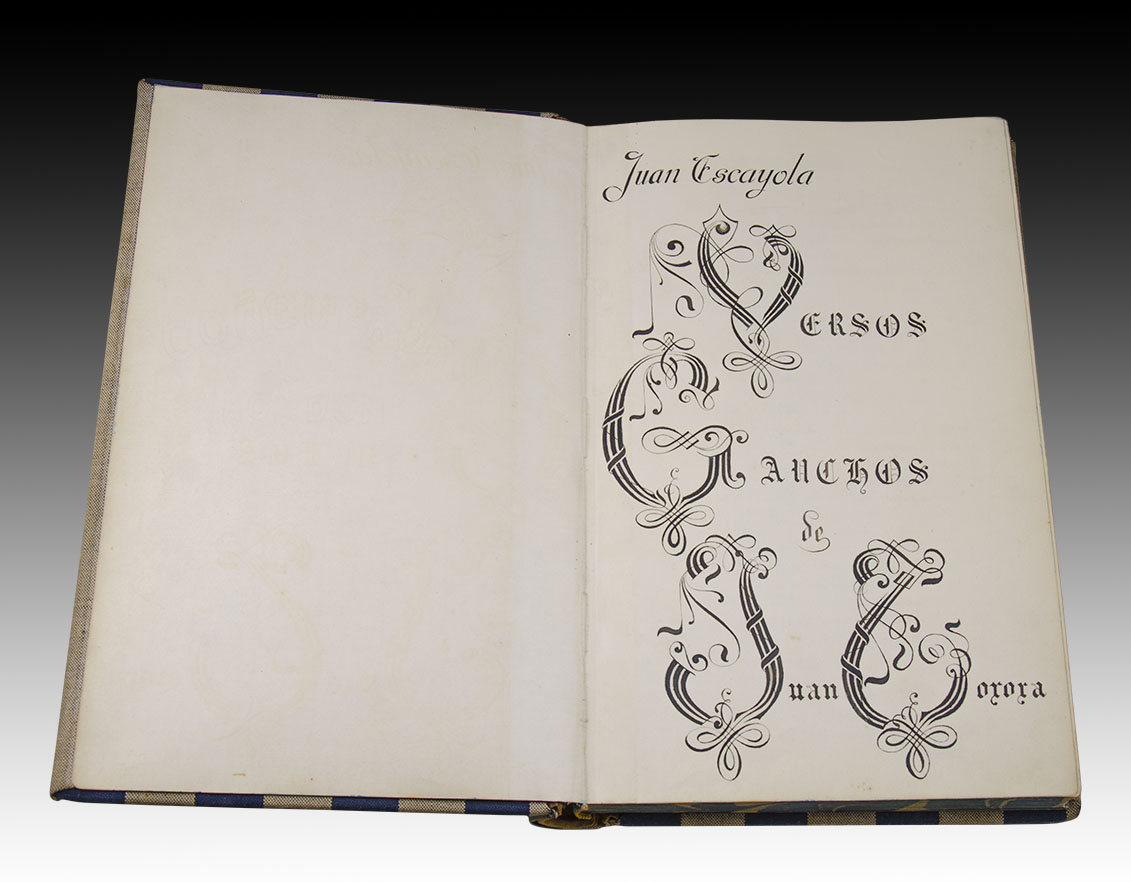 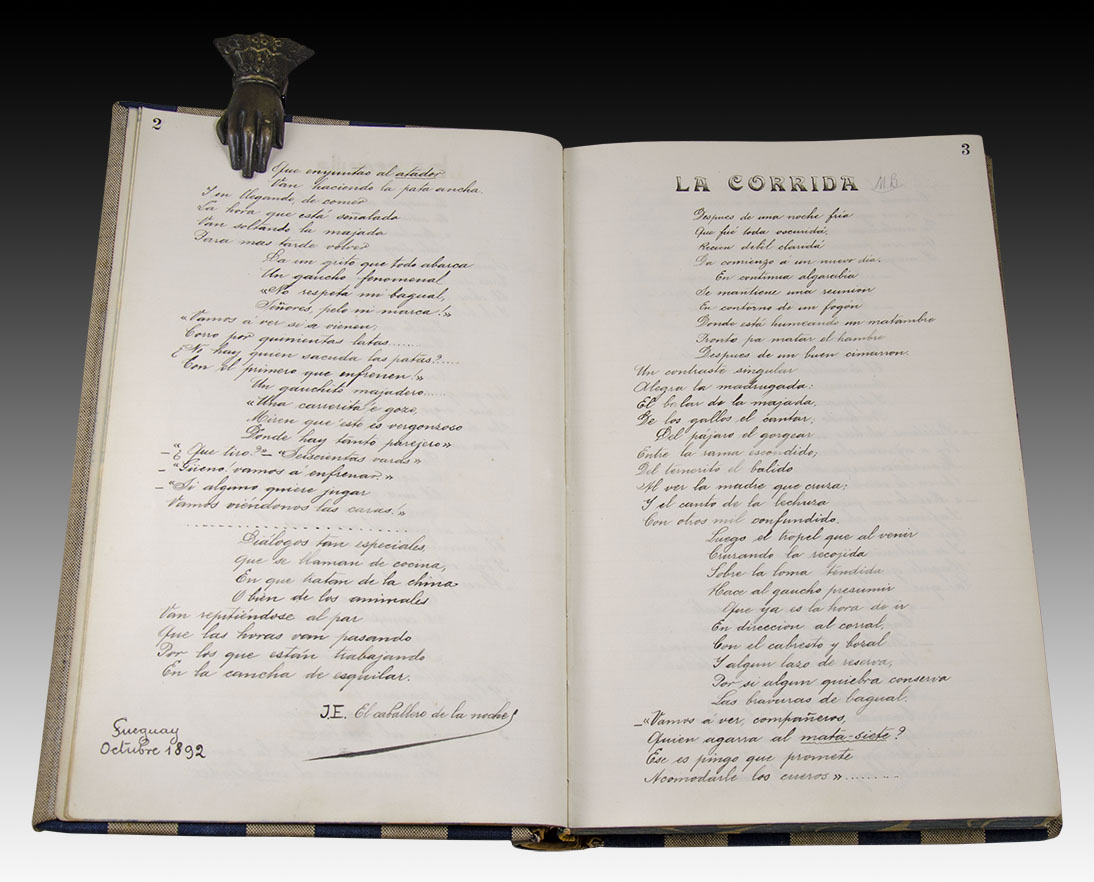 Quarto major (32.2 x 19.8 cm / 32.2 x 7.79 in), manuscript with 251 pp -with its Cover handwritten with a beautiful calligraphy-, plus 6 pp., Of Index and 18 sheets in white. All written in an old Minutes notebook with its line spacing on laid paper with a watermark, bound with a kind of listed canvas. For those interested, we have the complete transcription of the titles included with the indication of their corresponding page.

The entire manuscript was carefully prepared, taking care of the aesthetic details. Apparently, the letters of the titles were copied from books or magazines on transparent paper and then transferred first with pencil and then with ink to this notebook; This idea is supported by a transfer paper with the title "Querencia", found inside the volume. Up to page 234, it was written in black ink and with very careful calligraphy; from then on, with blue ink and without the aesthetic rigor that would guide the above, perhaps because of the age of its author? In all the poems, at the end he located the author's name - his pseudonym: Juan Torora - and the place and date; except on one occasion where the authorship of "Felizvino Güira" appears, surely a new pseudonym of Escayola Méndez himself. It is known that he used at least one other: The Dark Knight, early in his literary career.

As for Juan Gualberto Escayola Méndez (1871-1944), his author, let's say that for several Uruguayan historians, he is a cousin of Carlos Gardel; both grandchildren of an immigrant of Catalan origin, Juan Escayola, who arrived in the town of Durazno in 1838 and married Bonifacia Medina, the grandmother of the criollo thrush, whose mother, a widow, had remarried Colonel Andrés Latorre , prominent eastern military. In the home of Bonifacia and Juan six children were born; among them, Juan Gualberto, father of the poet, and Carlos Félix, according to this hypothesis, father of the singer. (1)

Carlos Félix Escayola Medina, a good singer and guitar maker, was part of the besieging forces of Paysandú and participated in the war of the Triple Alliance. Based in the payments of Tacuarembó it is said that he was equally attracted to singing and love without limits or shame ...

Our poet, a transhumant man from Uruguay, wrote his verses in much of the eastern geography, some of them transferred to his book "Cansera del tiempo". Of white party affiliation, it is known that in Durazno he frequented the gathering that was set up in the newsroom of the newspaper Por la patria, always recognizing his direct kinship with the famous Carlos Cardel. For some scholars -also debated, let's face it-, El tirador silverado, a style recorded by Carlos Gardel, is inspired by a poem by Juan Escayola, alias Juan Torora, here transcribed on p. 246. (2)