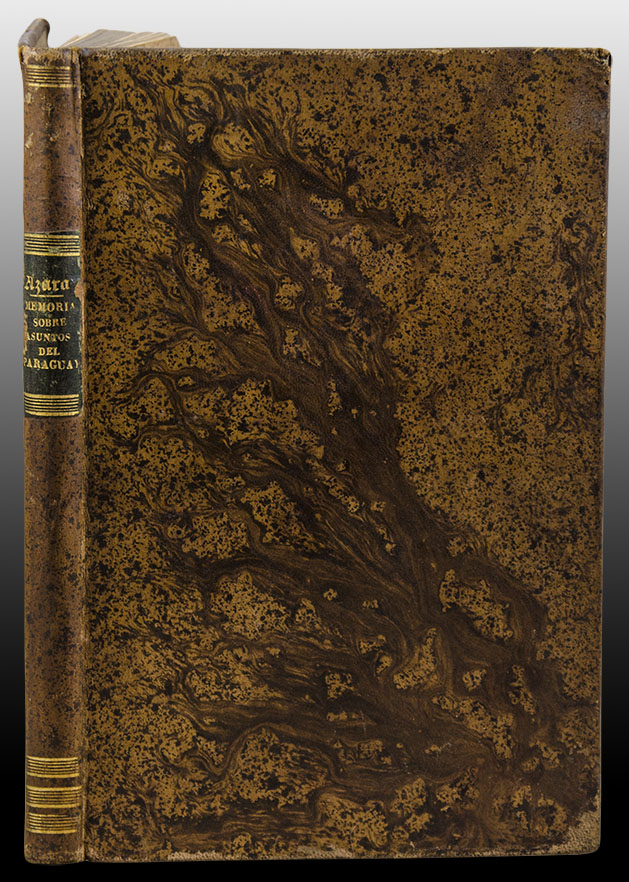 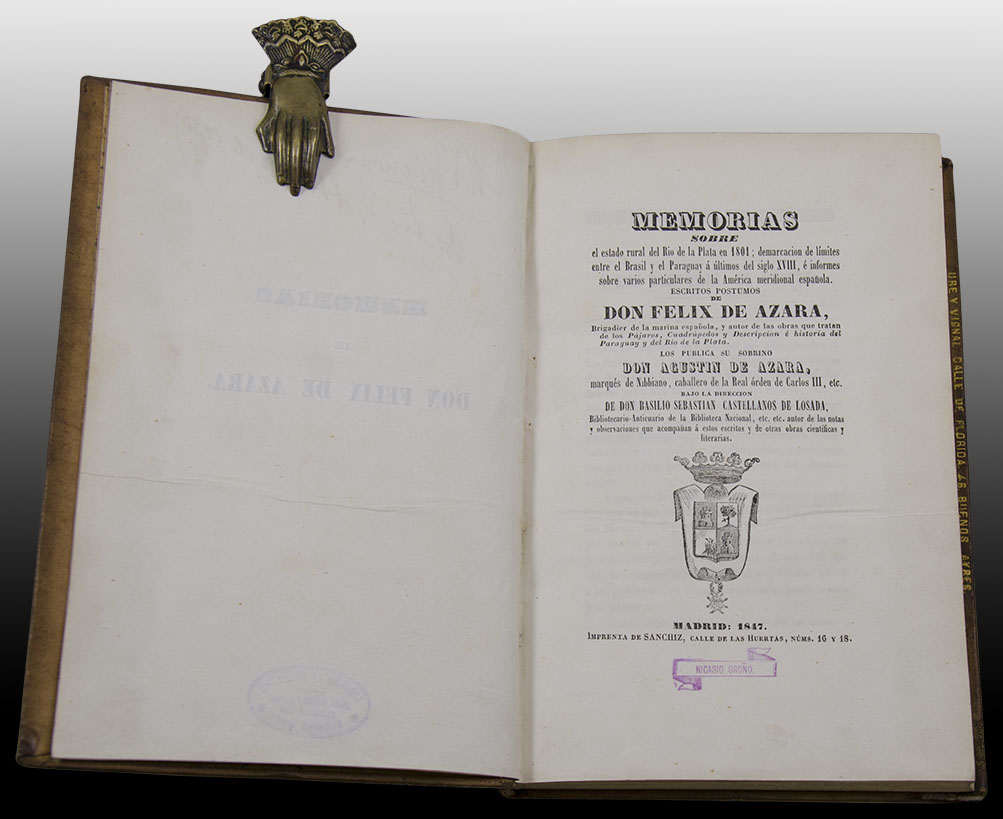 Memoirs on the rural state of the Río de la Plata in 1801, demarcation of boundaries between Brazil and Paraguay at the end of the 18th century, and reports on various particulars of Spanish South America. Posthumous writings of Don Félix de Azara. (...) Sanchiz Printing House. Madrid. 1847

In 1781, the engineer Félix de Azara (1746 - 1821) was appointed to integrate one of the scientific commissions that demarcated the limits between the Spanish and Portuguese possessions. Furlong says that already in America, unforeseen delays -we noted that originated by the failure of the Portuguese commission- led him to undertake geographic work.

The essay that we offer here is a rich source of socio-economic data from the pampas of the Rio de la Plata from the late 18th century and the beginning of the following century, since F. de Azara returned to Spain in 1801. of this American region without going to that source. The gauchos, the natives and the first ranchers are described with singular precision. In addition, in its title Memorias it offers an important economic study, highlighting in principle the cultivation of agricultural productions.

In the light of his analysis and taking into account the by-products derived from pastoral activity, according to his calculations, livestock has an advantage over farmers' productivity; in a company attended by eleven workers, he assures him, the ranchers obtain a higher profit than those who sow wheat. That famous traveler offers here seventeen essays, among which he extends, among other points, on the recovery of the Jesuit peoples, and the troops of the Río de la Plata and their relationship with the indigenous people.