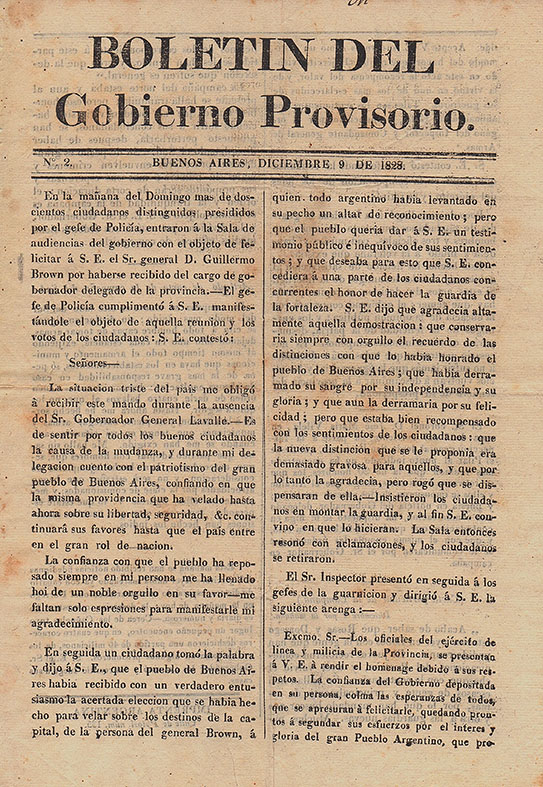 Bulletin of the Provisional Government. No. 2. Buenos Aires, December 9, 1828.

General Lavalle's government began as a result of the movement that displaced Colonel Manuel Dorrego. Determined to defeat him on the battlefield, he went to the campaign and appointed Guillermo Brown, who assumed on December 6, 1828 as deputy governor, to replace him in his duties. We read in this issue of the Bulletin that the people and army officers confidently received the sailor in his new position, and that the campaign news indicates that "Rosas and Dorrego were in Lobos yesterday with the people they have been able to gather. Later it is stated that "the desertion that he (for Dorrego) suffers is daily and numerous. Three days later, the former governor was captured and on December 13 Lavalle ordered his execution.