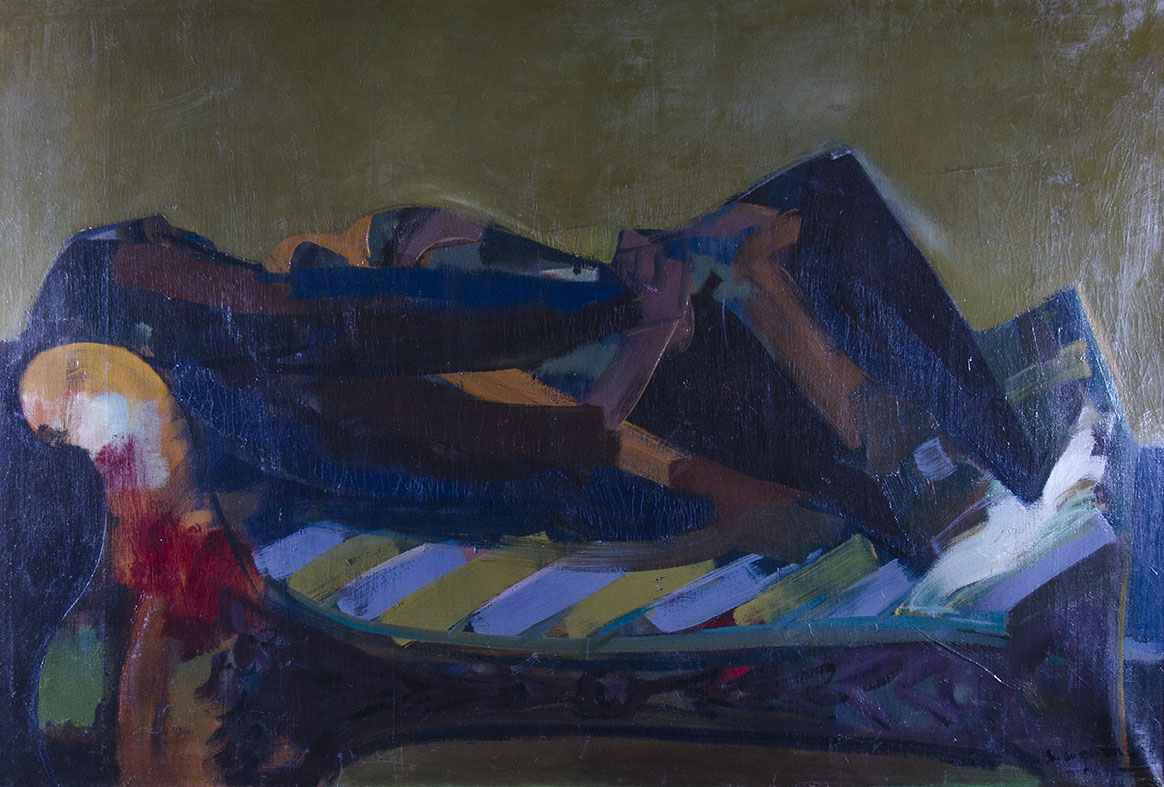 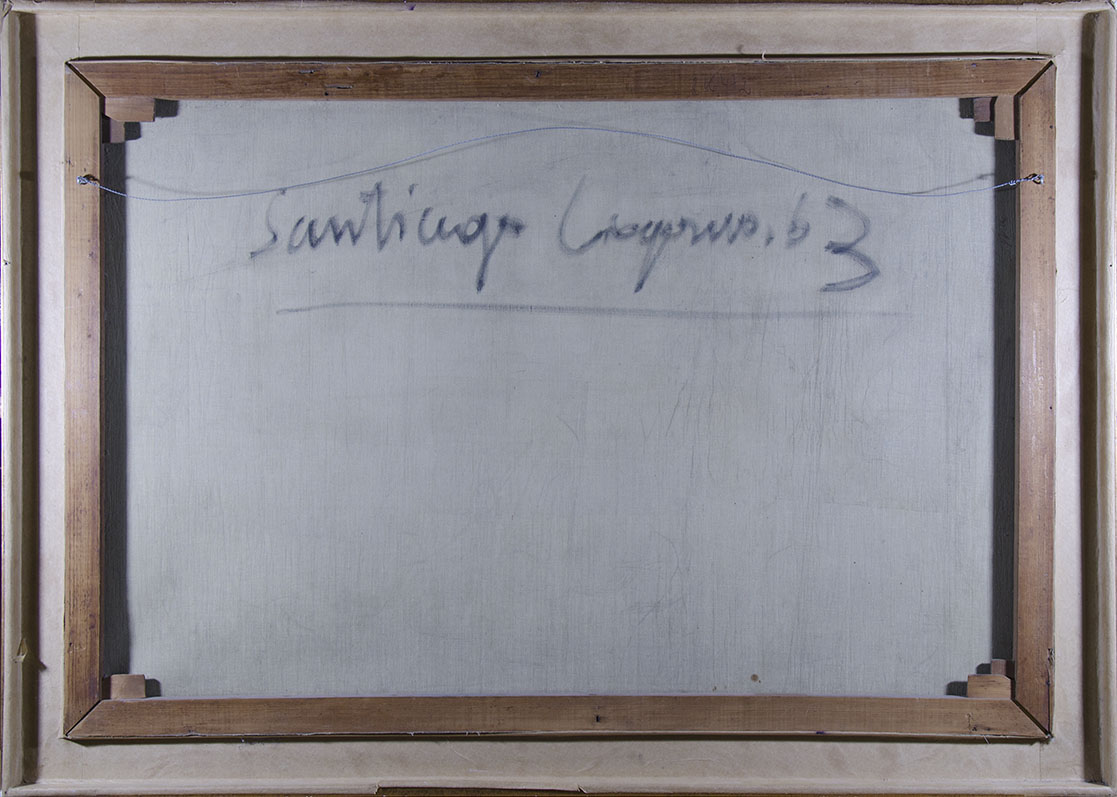 One of the usual phrases of Santiago Cogorno (Buenos Aires, 1915 - 2011) was: "When I am in Italy I paint America and when I am in Argentina I paint Europe" (1) This Figure on the divan seems to synthesize that double search: the couch, a reference to European culture and the female figure that it develops from American thought; in this case the forms have already lost the Mesoamerican references so present in other compositions.

Cogorno, one of the most technically gifted artists in our plastic history, studied with Atilio Bernasconi, Raúl Soldi and later at the Brera Academy in Milan, alternating his residence between Italy and Argentina. In 1949 he held his first personal exhibition at the Saint Moritz gallery (Switzerland), and continued in Basel, the São Paulo Biennial, in Milan, Florence, Genoa and Rome, in Paris, and in numerous Argentine galleries, among which he stands out the one made at the Witcomb Gallery, which was bought en bloc by a collector. He obtained the Palanza Prize (1956), the National Salon Honor Prize (1958), the Critics' Prize for the best artist of his generation (1966), and the Konex Prize (1982), among others.

The great critic of Italian art Franco Russoli argued that Cogorno's archaic gaze wove new stylistic motifs, "he documents with deep lyricism that moves the struggle between memory and emotion, between the reasons of culture and the rights of feelings." (Milan, 1962).