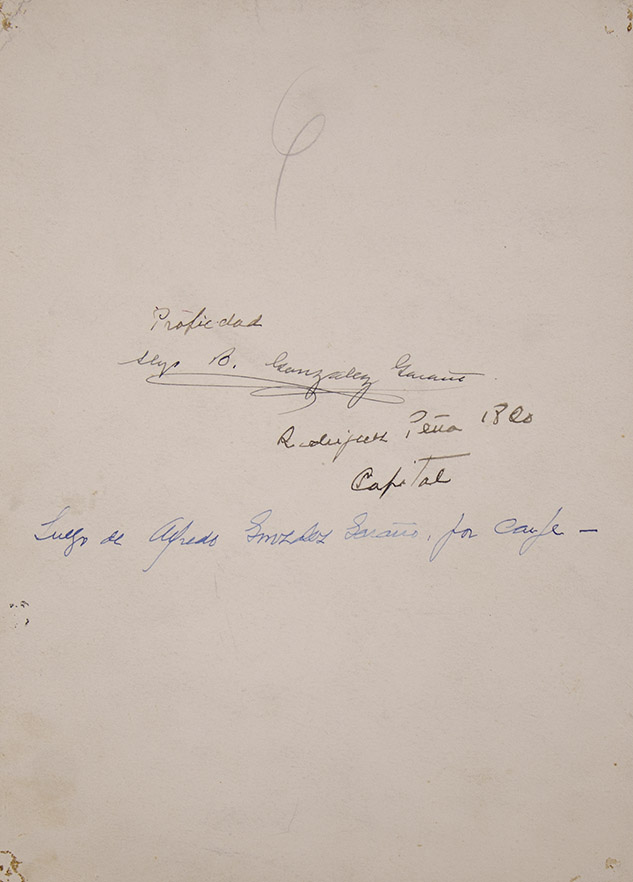 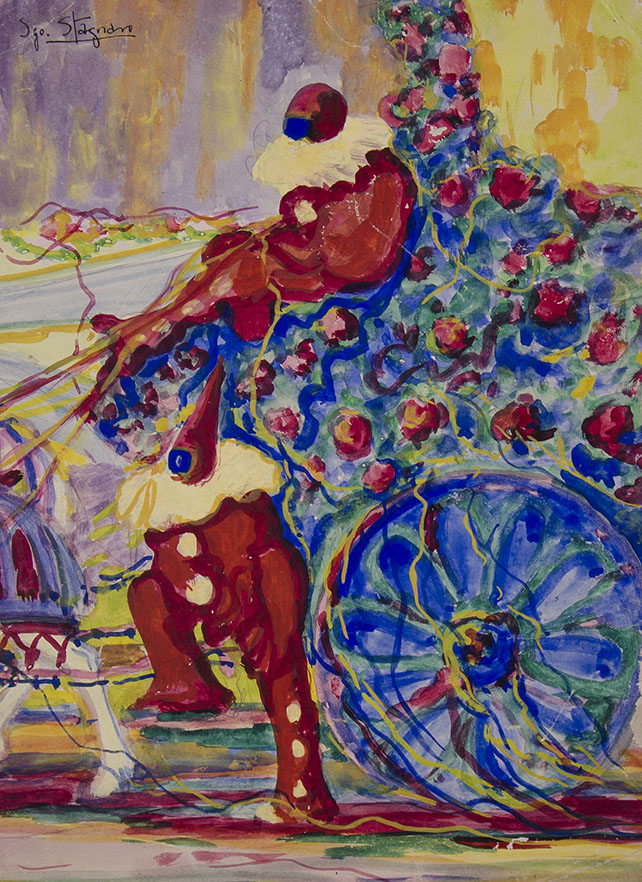 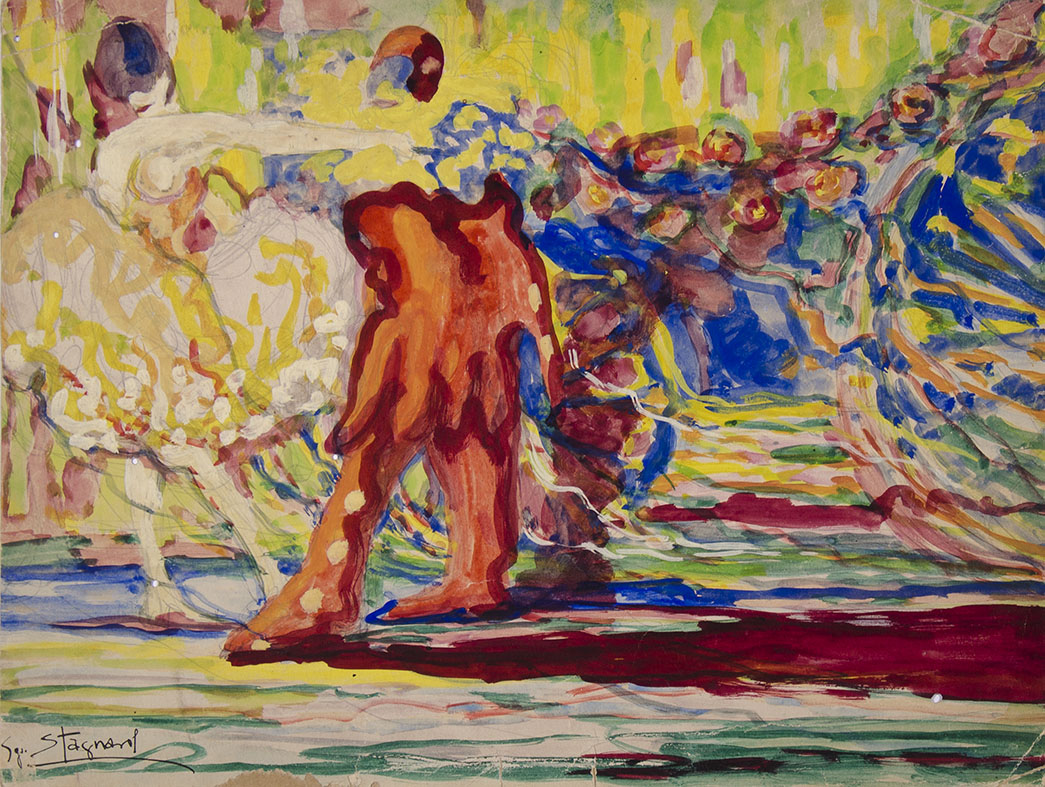 THE LITTLE LEONARDO OF LA BOCA

Horse-drawn floats, masks, harlequins, garlands, dresses, drums and banners make up these three images, which take us back to the Carnival festivities, in which the Italian heritage is evident, both Stagnaro's own -Stagnaro was the son of Italians from the region of Liguria - and that of his neighborhood by adoption, La Boca. The festive chaos of these popular festivals is evident in the boiling of details and colors, treated with true virtuosity, by achieving balance in saturation. The Benito Quinquela Martín Museum of Argentine Artists preserves an oil painting in which he developed the same theme and procedure, Pierrot tango, painted around 1913, which illustrated the Santiago Stagnaro catalogue. The legend of little Leonardo from the exhibition that the same museum dedicated to him in 2018.

Santiago Stagnaro (Montevideo, 1888 - Buenos Aires, 1918), born in Uruguay, was also a painter, educator, journalist, musician and poet. His performance in various artistic disciplines and his virtuosity earned him the qualification among his friends -Juan de Dios Filiberto and Benito Quinquela Martín- of "little Leonardo". He was director of the newspaper La Opinion and the magazine Azul. He attended the National Hall on different dates. He was founder -along with Guillermo Facio Hebequer and Miguel Carlos Victorica, among others- and first president of the SNAPE (National Society of Artists, Painters and Sculptors). (1) Based in our country, he settled in the neighborhood of La Boca, being in turn one of the members of the so-called Escuela de La Boca. A fervent anarchist militant, he was a union activist in the Caldereros Society of that neighborhood. He battled tuberculosis and passed away at the young age of 29.