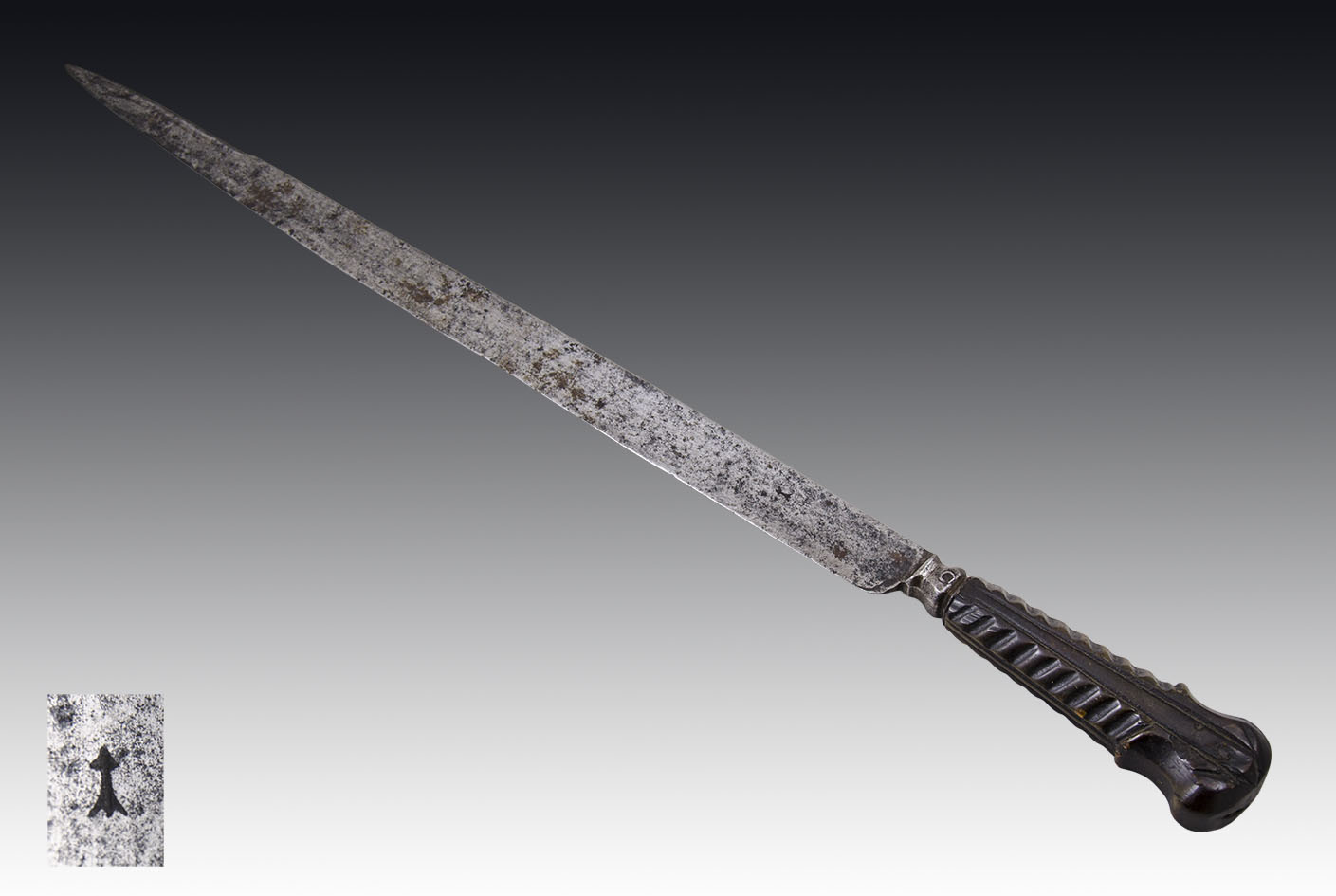 Its blade, of very good forge, has the stamp of a blacksmith -an arrow-, a symbol that with slight modifications was widely used by the craftsmen of this trade in different countries of the Old World.

It is said that these long-bladed knives were useful for the coachman in his task of fixing harnesses, although no one escapes that - with the current prohibitions for the time - this destination concealed its true function as a defensive weapon. Across Europe, the scourge of insecurity on the roads seriously affected coachmen, who had to use all resources to protect themselves from bandits.

The piece belonged to the extraordinary collection formed by Jorge Llobet Cullen (1889 - 1951), who managed to bring together a very eclectic set of works that included a spectacular selection of European objects - his Museum of Arms had international prestige, he even gathered thirteen complete armor -, Creole silverware -among others, several of the pieces of the implement of General Justo José de Urquiza- and Mapuche; viceregal furniture and many other arts. The complete collection was dispersed in successive auctions organized by Casa Guerrico in 1975, with catalogs that were not up to the standard of the works offered. His pieces had a small metal tag with the inventory number - a fragile identification - on many occasions lost, as it would be in this case, and even later mischievously incorporated into other objects that were never part of that selection.

In 2013, this knife went on sale again, on that occasion cataloged by Santiago Tavella Madariaga -who in the '70s was the appraiser of that fantastic collection that was put up for auction-, an outstanding specialist who collaborated especially in the Museum of Arms of the Nation. In the book Guía Argentina de Cuchillos, Guido Chester points out the enormous similarity in the shapes between this knife from the 1600s and the "viper's tongue", Creole knives widely accepted by Uruguayan gauchos from 1880 onwards, without being able to explain that coincidence.

We appreciate the information provided by Dr. Guillermo Palombo.