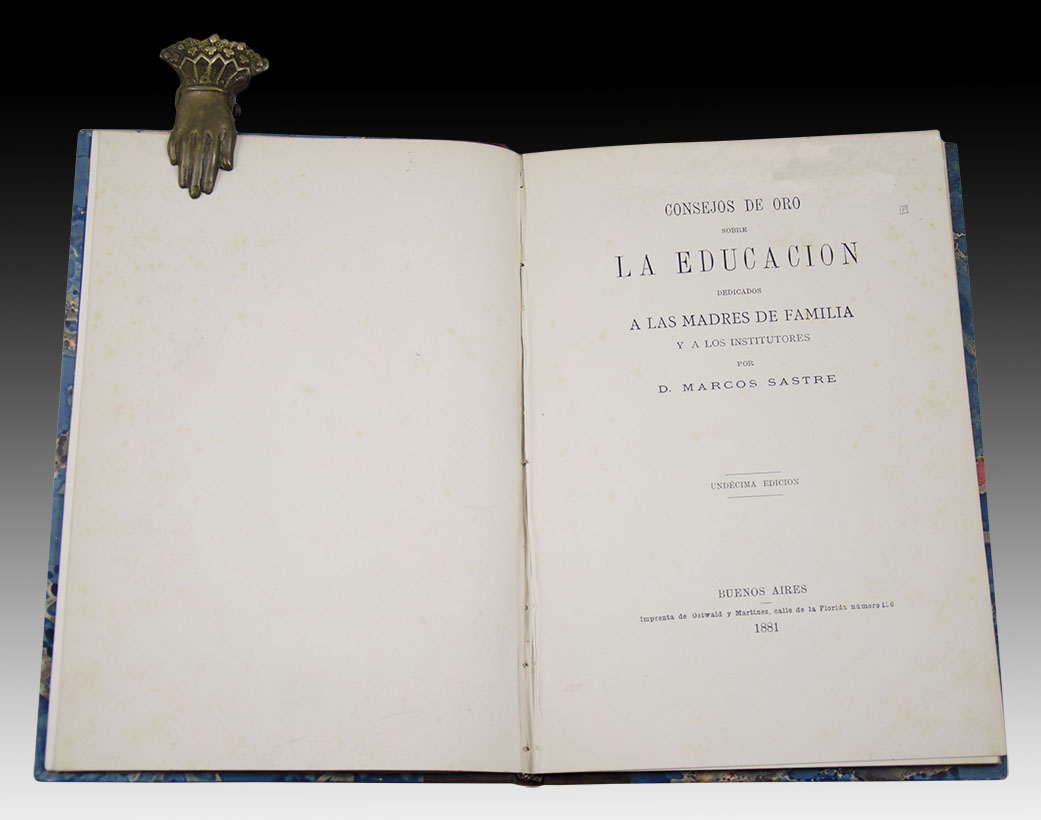 Marcos Sastre (1808-1887), a distinguished educator born in Montevideo and emigrated as a child to the current Concepción del Uruguay -when his parents decided not to submit to the Portuguese-Brazilian invaders-, studied in Entre Ríos, Córdoba and Buenos Aires. After a stay in Montevideo, he opened a bookstore in the capital of the Argentine Confederation, where he created the famous Literary Hall, with an ephemeral life, with a reading space and a circulating library. After that brief affectus with the Rosas government, the Salon was closed and Sastre had to close that area of ​​intellectual debate and even his bookstore, finishing his stock.

Some time later, and Rosas in exile, Marcos Sastre applied himself to his work as an educator -he was Inspector General of Schools-, and published numerous didactic brochures focused on spelling, arithmetic and geography. In that spirit he wrote "Golden Councils for Education Dedicated to Mothers of Families and Institutes. Always in his commitment to educate the entire population.