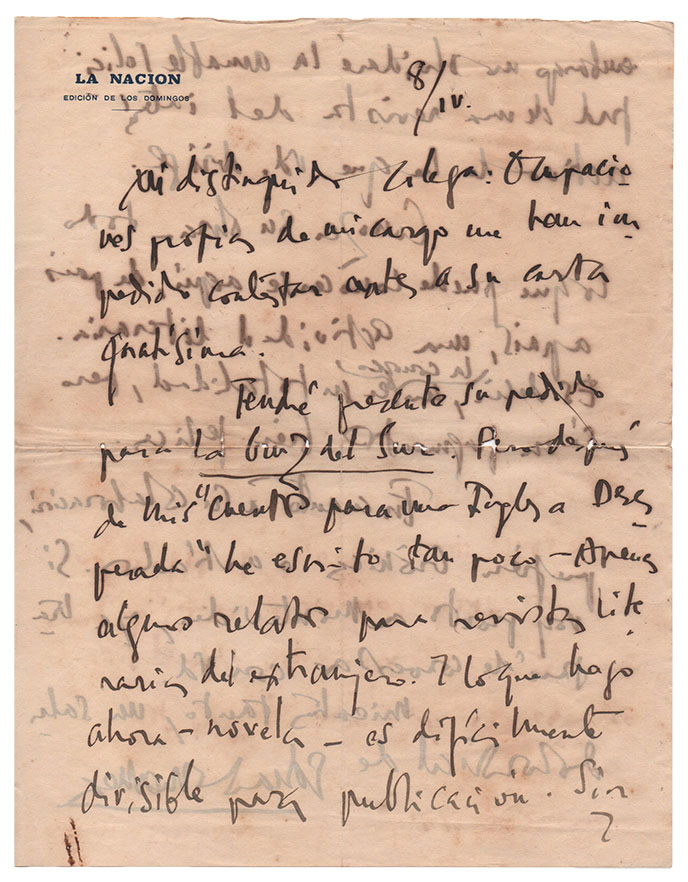 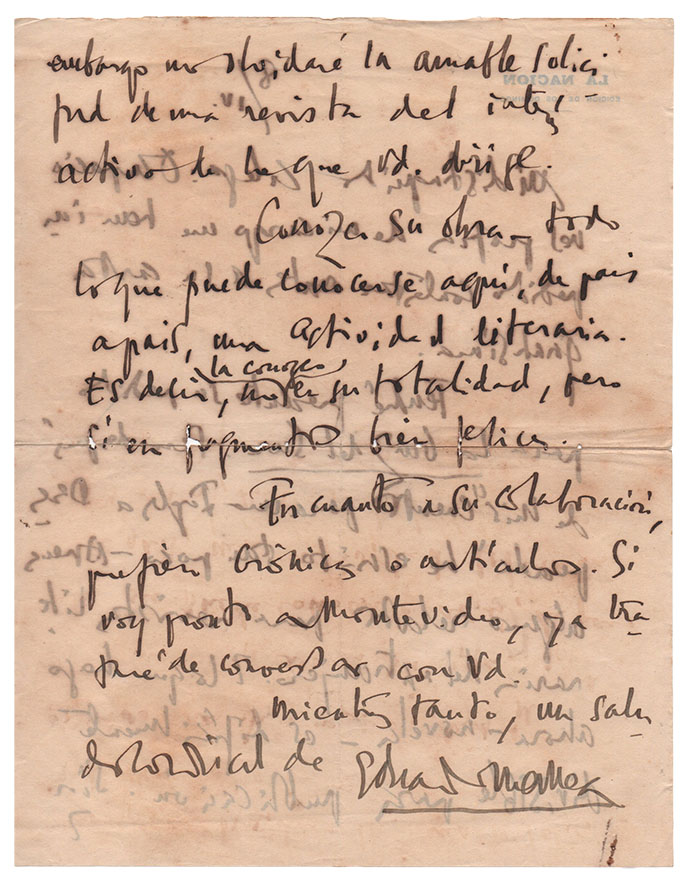 The Argentine writer Eduardo Mallea (1903 - 1982) responds to his colleague Alberto Lasplaces, director of the Uruguayan magazine "Cruz del Sur". Mallea agrees to send him an article, because when he is writing a novel, it is "hardly divisible for publication" and he warns that he will not forget the kind request made.

He assures Lasplace: "I know your work as much as can be known here, from country to country (...) That is, I do not know it in its entirety, but I do know in very happy fragments. The Uruguayan's first book was titled "Literary Opinions" and was published in 1919. It was followed by "The Good Harvest" in 1923 and a short story book in 1927: "The man who had an idea. At the time of the correspondence now offered, he directed the magazine "La Cruz del Sur", an important periodical from Montevideo that was published between 1924 and 1931, over 33 issues.

On the connection between writers and artists in full creative boiling, the Spanish scholar Juan Manuel Bonet says: It is a time in which they are all interconnected, in Argentine bookstores you find Peruvian books and vice versa. There was no internet and yet they were. There was a kind of secret code, they had a few slogans: everyone wanted to make poetry of a cubist, futurist, creationist type, they were close to certain painters and they had some magazines that were organs that collected not only what is from that country, but what is everyone's. (1) Among these periodicals, stand out La Revista de Avance in Havana, Contemporáneos in Mexico, Martín Fierro in Buenos Aires; "La Cruz del Sur" in Montevideo and "Amauta" in Lima.

Editor of "La Cruz del Sur", one of the main cultural magazines of his time, Lasplaces met Barradas when he was young in Uruguay, but it was in Madrid where the painter in the prime of his career portrayed him in an oil that is preserved today at the Reina Sofía Museum, Madrid.