A VISIT TO THE SPINNERS BY DIEGO VELÁZQUEZ 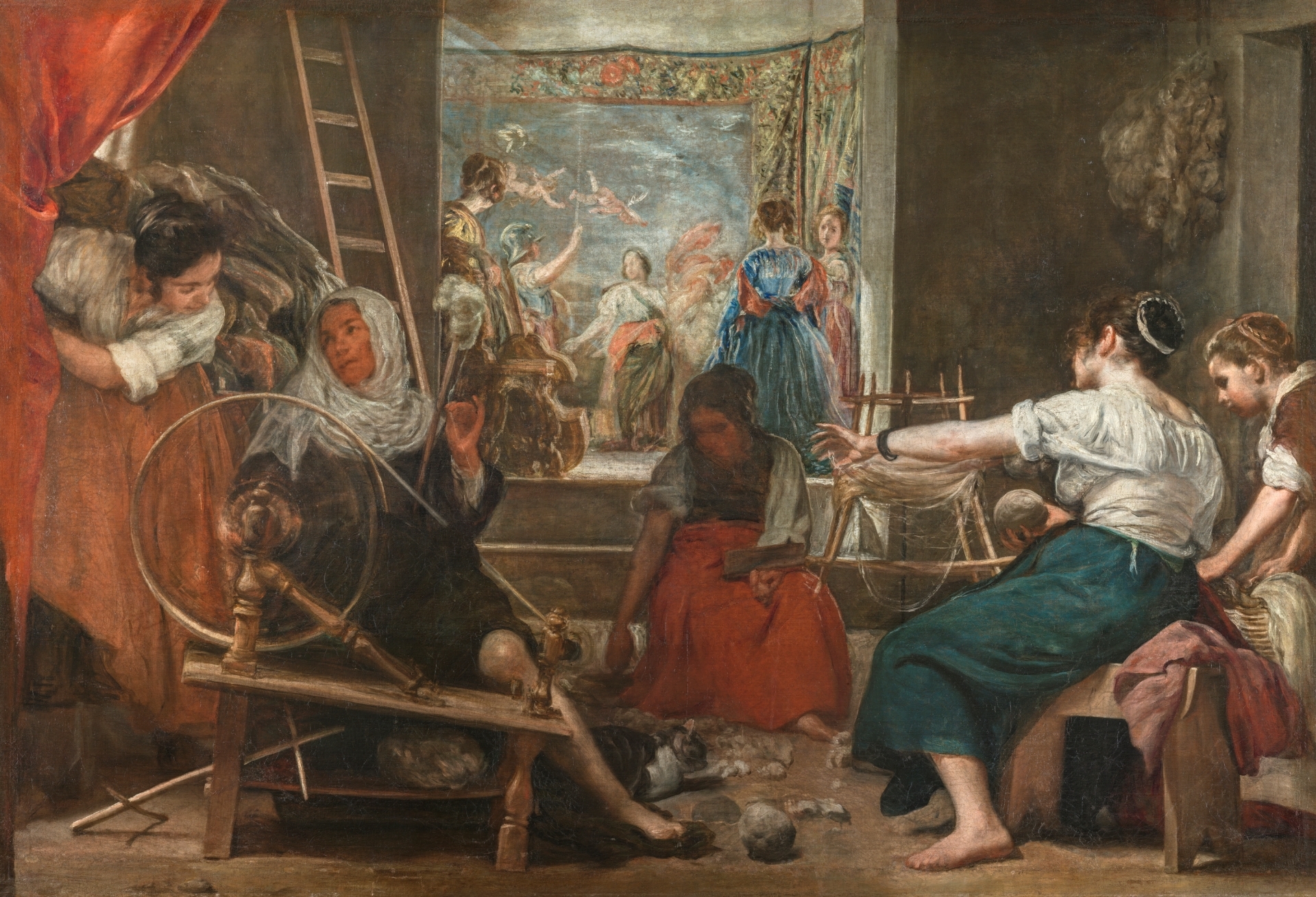 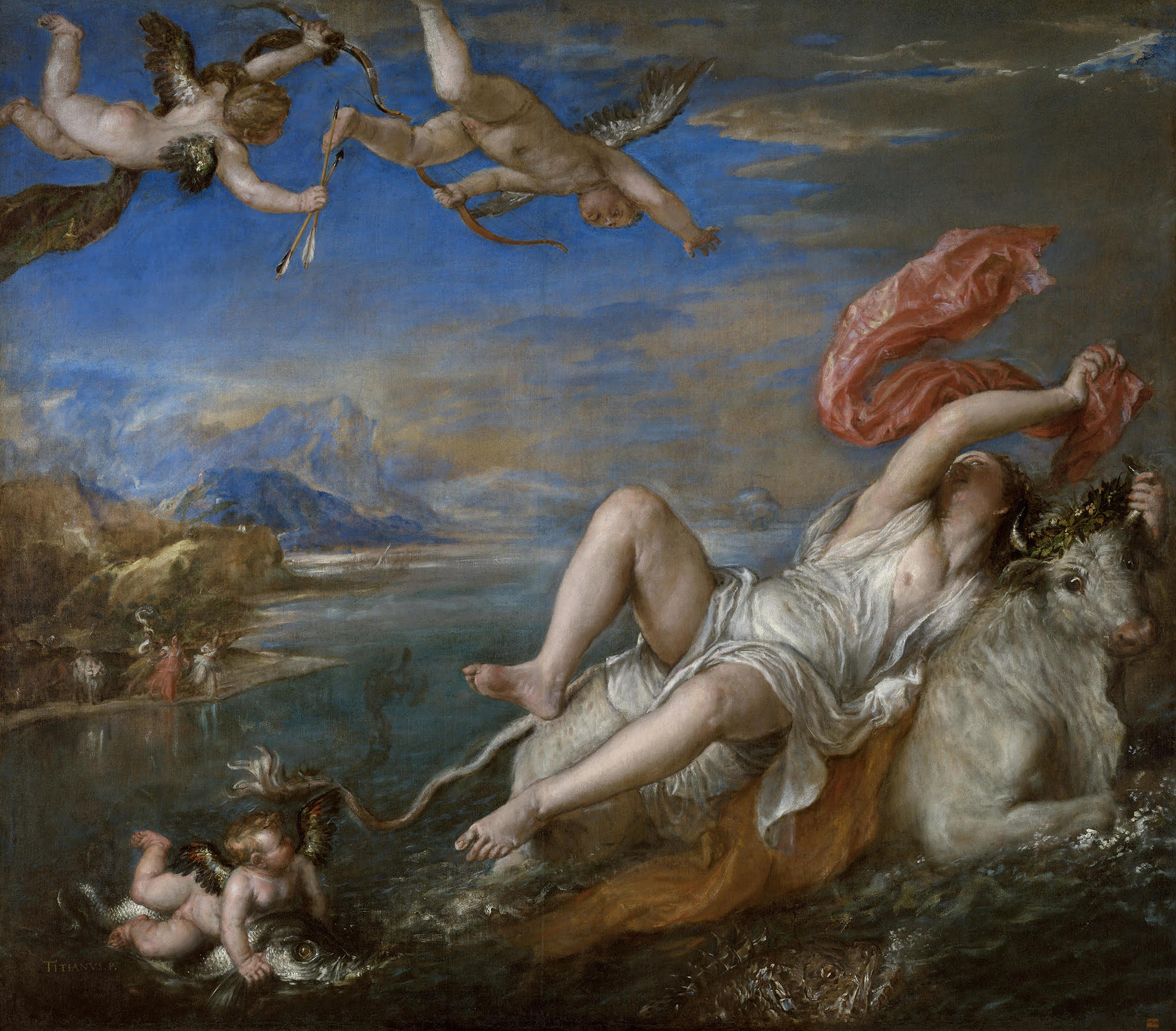 This time we invite you to visit the Prado Museum, in Madrid, and without long lines to access its rooms. On March 2, a magnificent exhibition -"Mythological Passions"- was inaugurated, with 29 works of art, signed, among others, by Titian, Veronese, Rubens, Ribera and Diego Velázquez, who brought to their paintingst he great themes of Homer's Iliad and Odyssey, Ovid's Metamorphoses, and Virgil's Aeneid, for example.

Our virtual proposal consists of stopping in front of a canvas by Velázquez (1599 - 1660) that makes up the sample, "The spinners", or "La fable de Aracne" (or Aragne) as it was originally known in 1664. Without a doubt, this is one of the great paintings of Spanish art, and we suggest you revisit it under the guidance of Alejandro Vergara, curator of the Museum and curator of this wonderful exhibition together with the director of the Prado Museum, Miguel Falomir.

Surely at some point in our lives we will have come across the image of this oil and for those of us who enjoy the decorative arts, women applied to the task of spinning and winding -there are skilled hands busy at the spinning wheel and the winder- they place us in a tapestry factory. Its realism was a central subject for 19th century Spanish painting.

However Velázquez had created different planes in his composition; in the first the spinners and in the background, a tapestry that alludes to Arachne's Fable (1), written by Ovid in his work Metamorphosis. It was not until 1903 that the tapestry scene was identified, taken from The Rape of Europe (2), a painting originally made by Titian, which is also exhibited in the exhibition "Mythological Passions". (3)

Velázquez's work has starred in passionate debates among art critics and historians. Today we invite you to visit it by the hand of Alejandro Vergara, a qualified art historian, Head of Conservation of Flemish Painting and North Schools of the Prado National Museum. Vergara has that gift that allows him to communicate and inform without being boring; rare privilege that is appreciated in the videos of him gathered under the title "Stories of paintings with Alejandro Vergara", which can be followed on youtube.com

1. This fable leaves us with a lesson regarding pride. Arachne, a young and exquisite weaver, claimed that she was capable of surpassing in her textile creations the Goddess Pallas Athena, who she became an old woman to advise her from the wisdom that she did not defy the gods. But as Arachne persisted in her judgment, she was challenged to a duel. Each one made six tapestries and when the young girl lost the duel, she was turned by the Goddess into a spider to weave for the rest of time.

2. The original work, a canvas by Titian, was at that time in the Spanish royal collection; it had been painted almost a hundred years before Velázquez's work. And shortly before he made his painting, during a nine-month stay in Madrid, Rubens had copied it. In Titian's composition, Arachne wove the tapestry with Zeus's abduction, in the scene turned into a bull, of the nymph Europa. (Nymph: minor deity of Greco-Roman mythology, young woman of great beauty)

3. One of the great merits of this exhibition: for the first time since the 16th century the six mythological paintings that Titian painted there for King Philip II between 1553 and 1562 can be seen together in Spain. They met first in London, in the National Gallery, in an exhibition that closed at forty-eight hours after it opened, and which remained open to the public -and with restrictions- only two of the scheduled nine months, due to the pandemic. Now they star in the great claim of this exhibition entitled "Mythological Passions".