A museum to assemble. Management and transformation of the Peyrano Communal Museum. 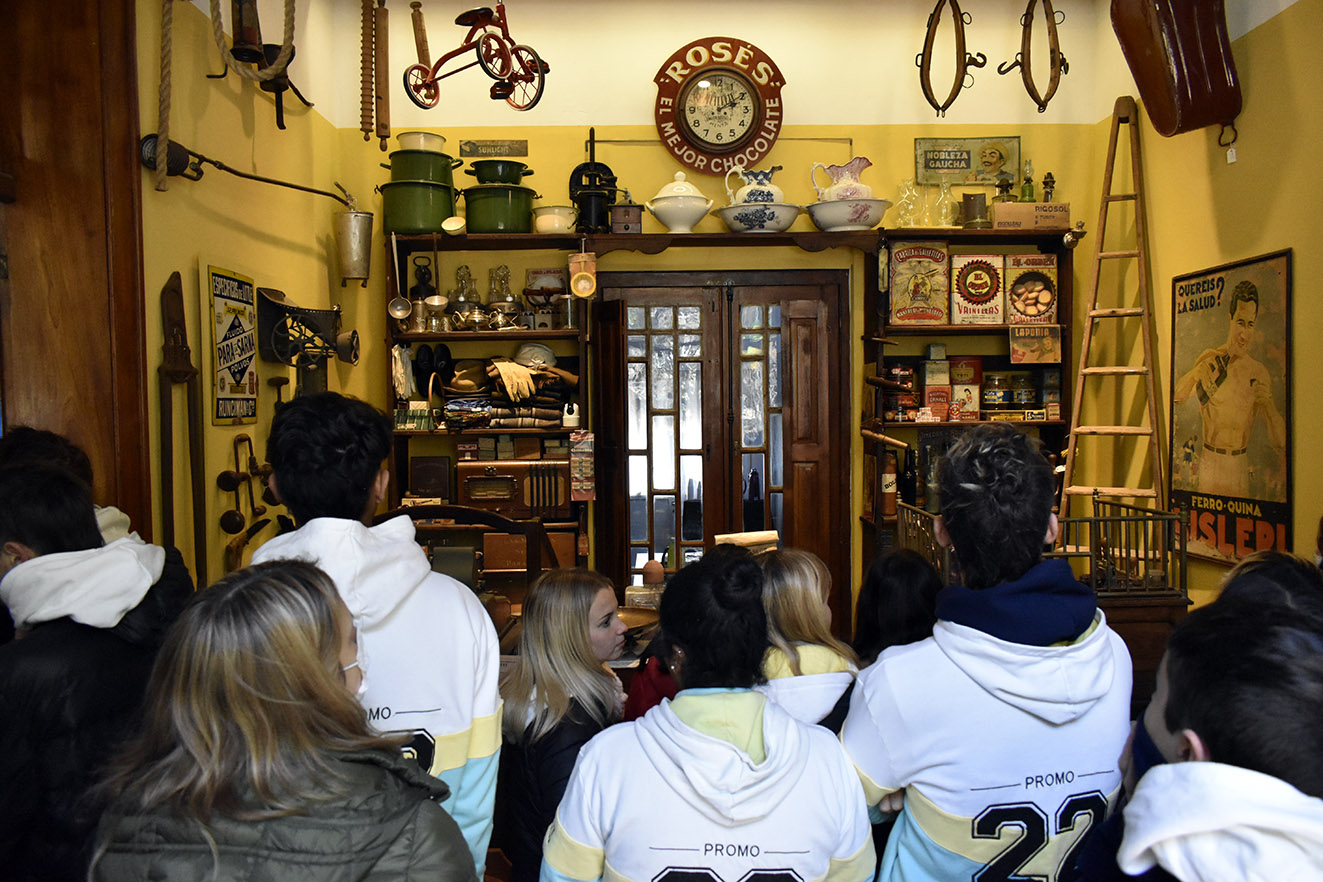 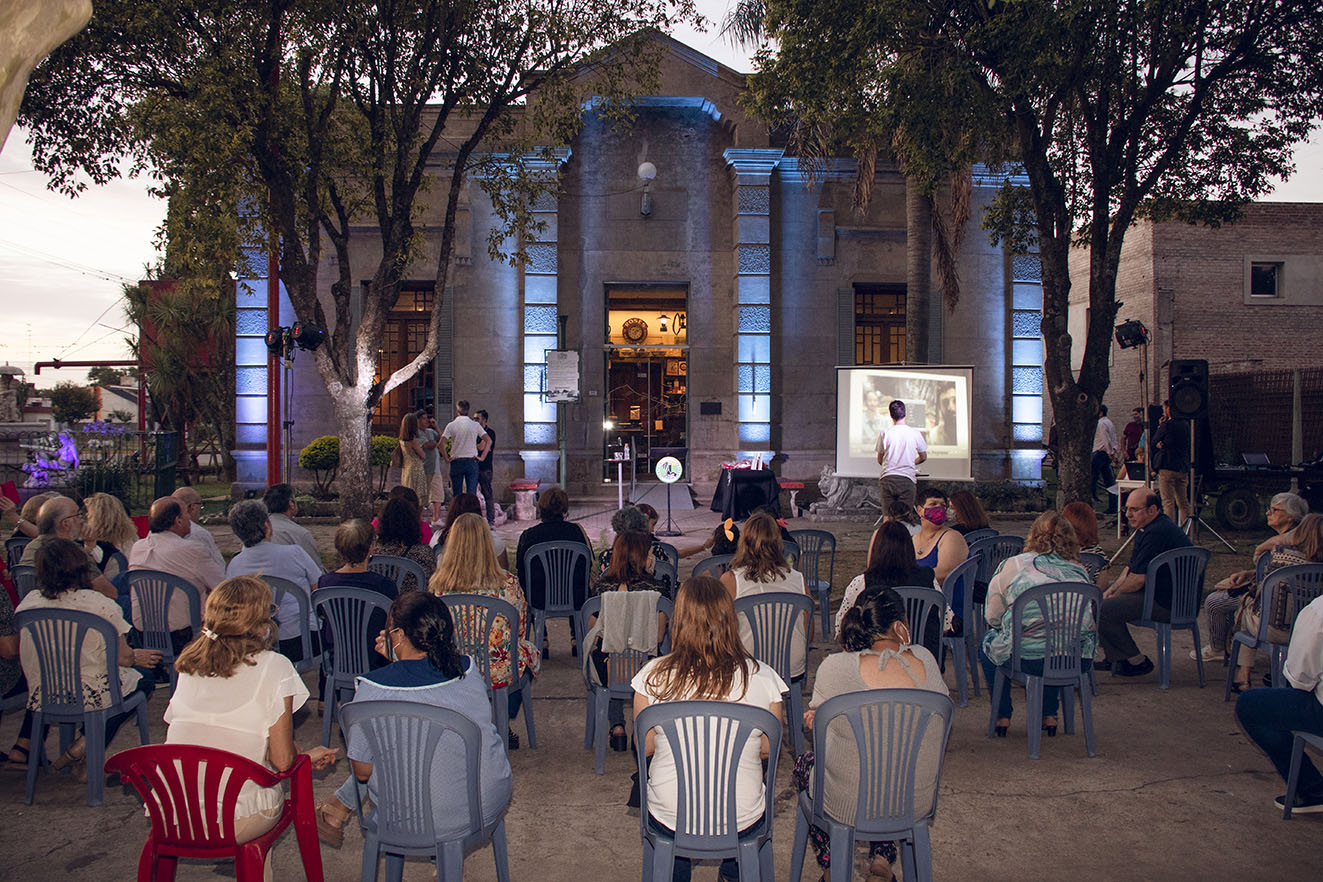 The Museum on its 30th anniversary. Photography: Courtesy of the Peyrano Museum. 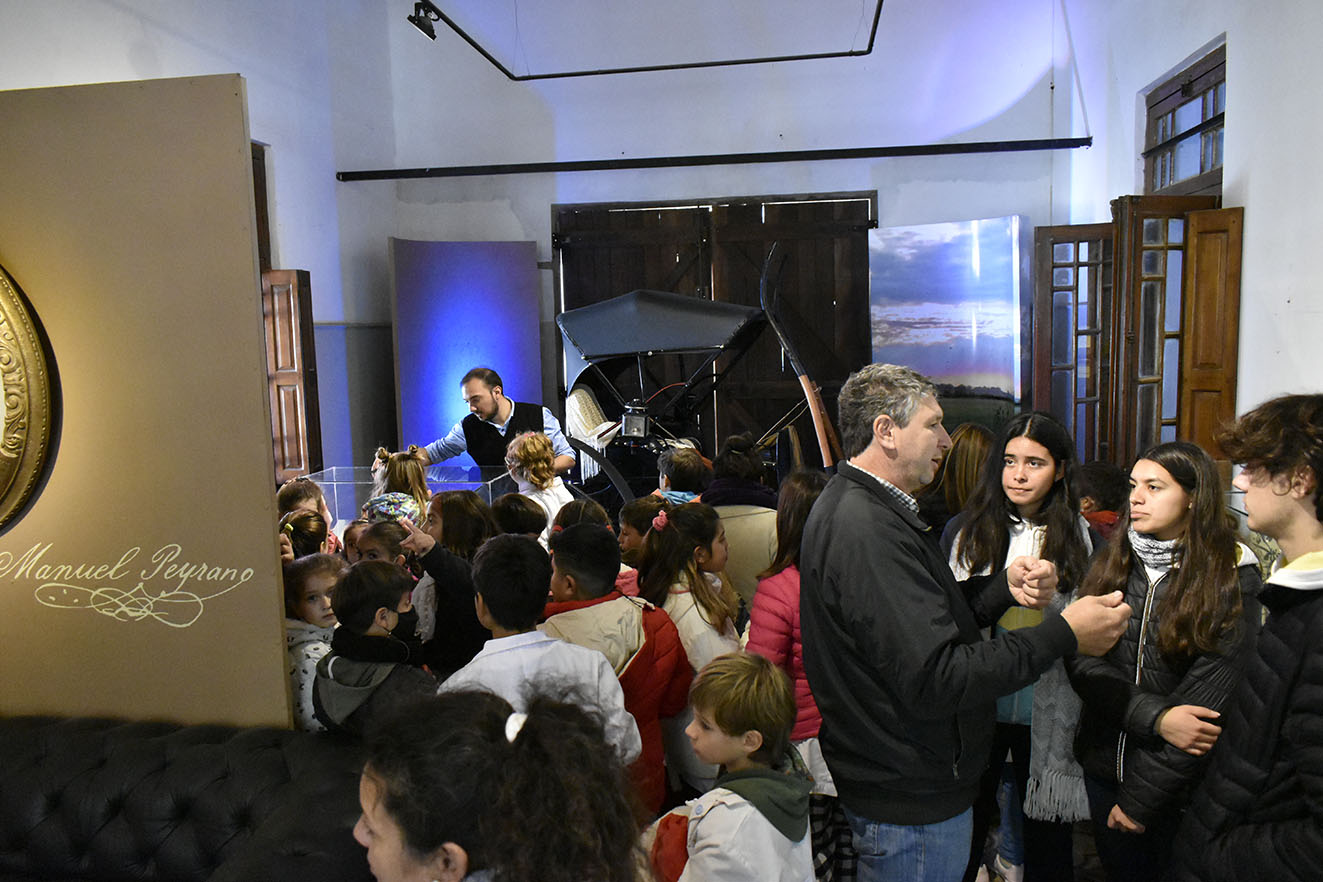 Visit of schoolchildren, touring the exhibition halls. Photography: Courtesy of the Peyrano Museum. 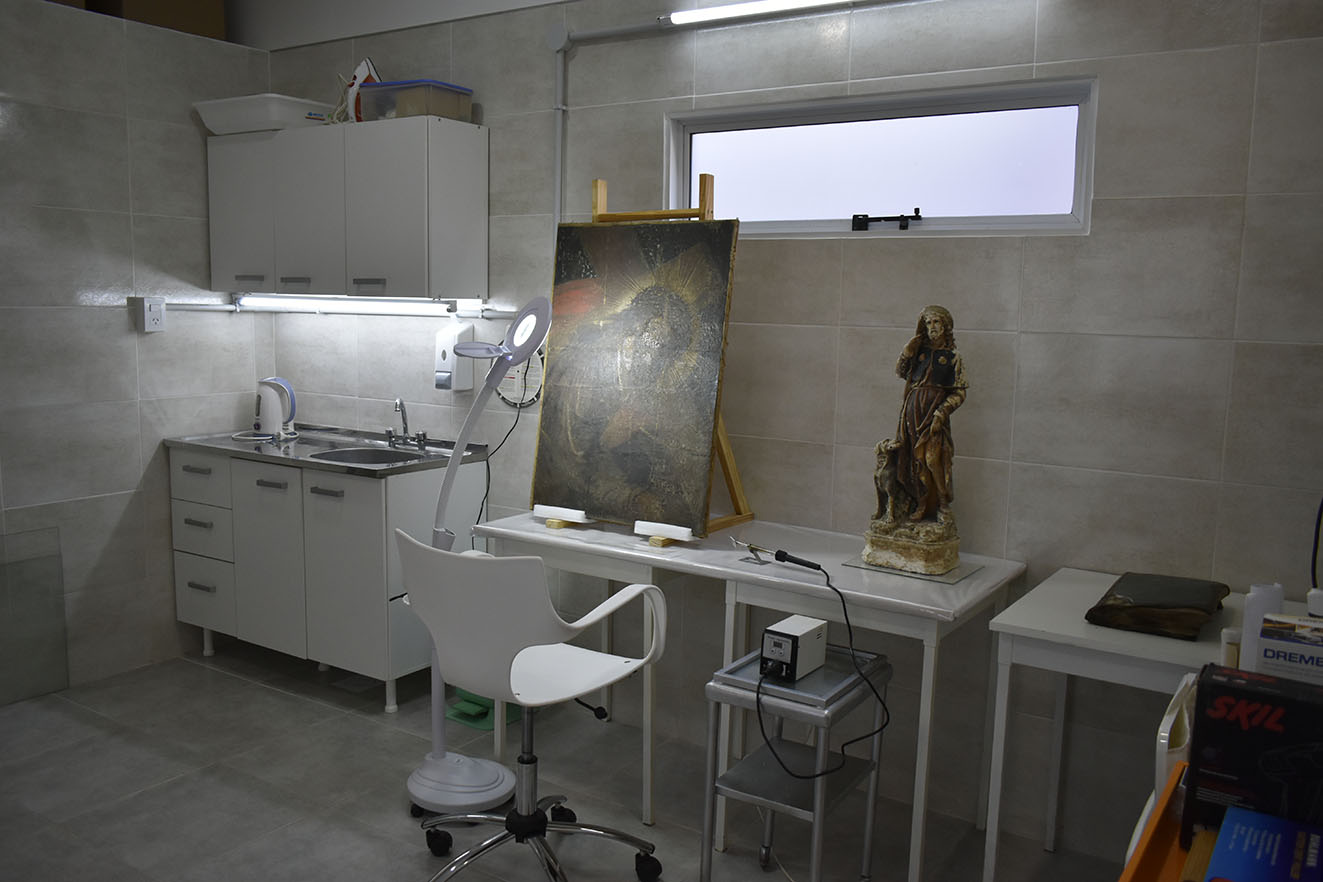 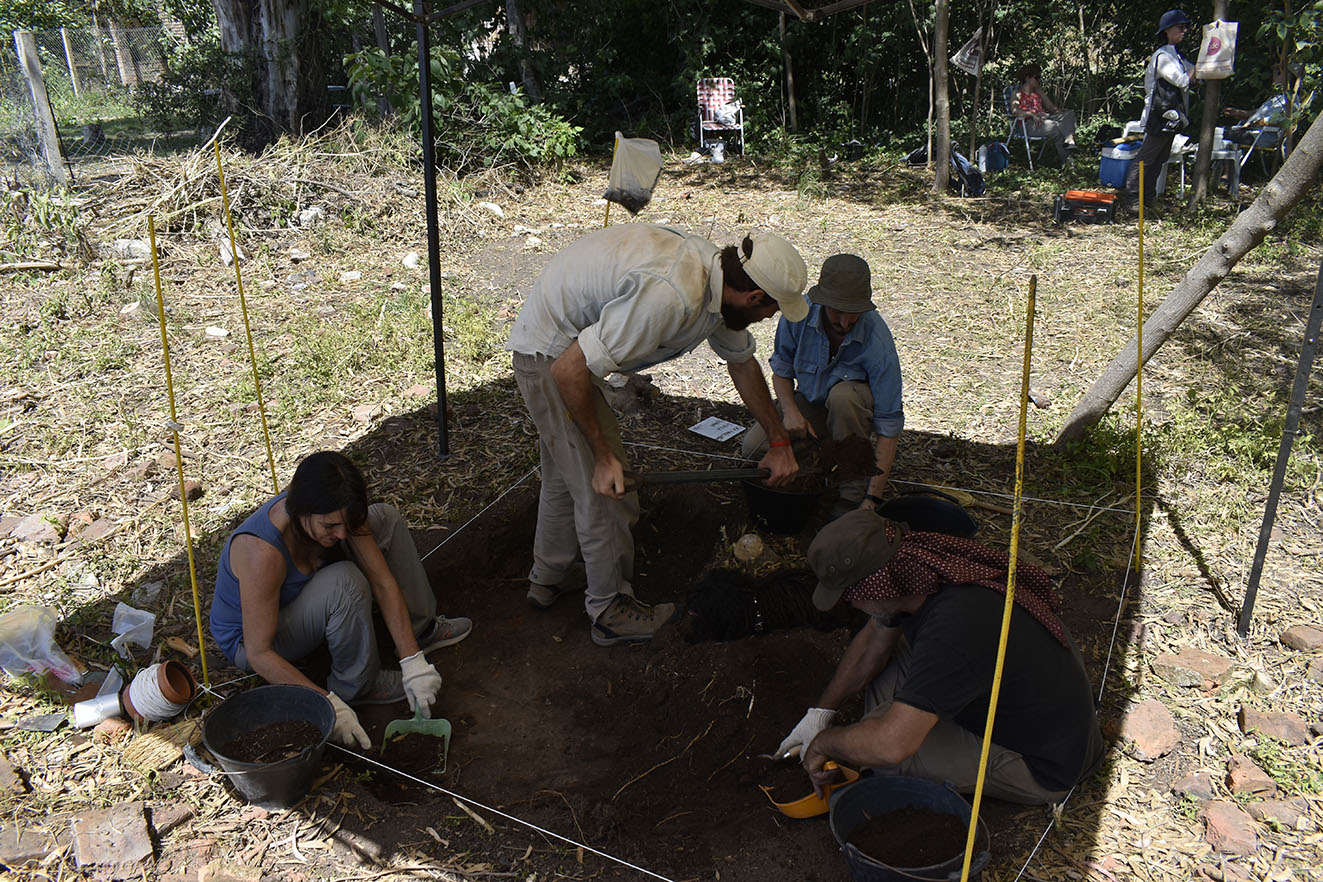 Archaeological campaign at the Angela Villamil Site. Photography: Courtesy of the Peyrano Museum.

Graduated in Museology and cultural and natural repositories (UNDAV). Museum Conservation Technician. Teacher of the Publics and Dissemination subject in the Bachelor's Degree in Museology and Heritage Conservation, at the National University of Rosario. Heritage Director of the Peyrano Communal Museum. Co-director of the archaeological project Gender and prostitution in Peyrano: The houses of tolerance, contributions to local identities. ICOM member.

On December 1, 1991, the residents of the town of Peyrano, in the south of the province of Santa Fe, met again on the sidewalk of the building of the old commune built in 1922, in front of Plaza Colón, by Luis Menini, a builder born in Hérimoncourt (France) who was based in a neighboring town to our town. The changing winds in the country and the meager resources of the Development Commission at the time meant that the initial project did not fully materialize. And in the 1980s, when the property was insufficient for administrative tasks, it was abandoned as a political headquarters and became the community workshop.

But let's go back to 1991, year of the centenary of the town; when the communal president Laureano E. Rufach decided to culminate the year of celebrations with the inauguration of a museum, recovering for this purpose the old municipal building in the plan of "Preserving goods and documents related to the local history". (1)

The initiative was very auspicious, however, managing and sustaining cultural institutions in our country has never been an easy task. The difficulties that people like Enrique Udaondo have had are well known, who, out of his own pocket, in 1925 solved various shortcomings of the Historical and Colonial Museum of Luján, today the Udaondo Museum Complex, such as the lack of space for which he donated land and the money to build rooms. (2) Currently most of the public museums in our country are financed by the State (national, provincial, municipal or communal), reaching said financing in Latin countries to more than 95% of the budget. (3) In this scenario, the lack of resources, insufficient space, lack of personnel and lack of training are some of the demands that the country's museum institutions are going through, aggravated when they are located in small towns.

In this context, positioning the Peyrano Museum in the provincial and national museological sphere, bringing it closer to the community and establishing and encouraging the arrival of donations that would allow us to invigorate the contents and stories, were some of the first objectives we faced.

Behind closed doors, it became necessary to implement a professionalization plan for all actions. To do this, we immersed ourselves in the collections, to see and ask ourselves critically what the museum had "preserved" in almost three decades of life, and to generate exhibitions based on that. We needed the community and the different political administrations to look at the museum with fresh eyes.

A change in the equation: showrooms and warehouse

Museums in general keep around eighty percent of their collections in their reserves. (4) The MCP deposit was far from meeting the minimum conservation conditions and due to the lack of exhibition halls, a good part of its heritage was stored there. At that time we were faced with the following equation: numerous goods preserved in warehouses, in fair conditions, to which was added the availability of only three exhibition halls. And these rooms exhibited the collection of the founding family with furniture that was impossible to move or keep elsewhere. In the midst of this process, a new communal management began in the town, and we received the suggestion to deepen the actions carried out by the institution. Although we agreed, we wondered how to do it. 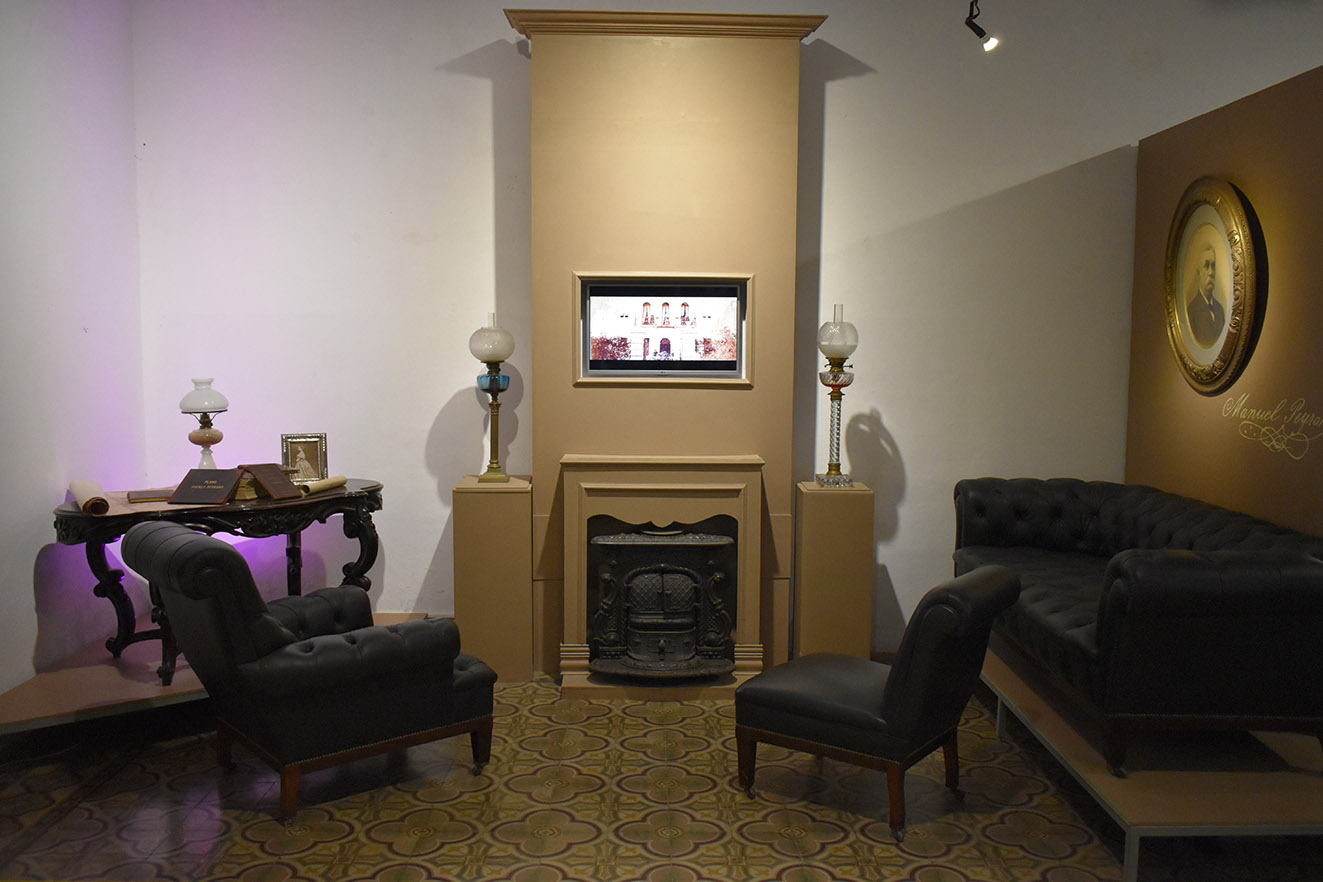 We overcome this crossroads by developing a technical reserve available to the public and we include it in the visitor's tour. The task forced us to treat each of the objects, obtain adequate furniture and improve the building conditions of the site destined for that purpose. And to comply with this plan, throughout these years we resorted to different financing channels, in addition to the budget provided by the local community. We presented various projects to different organizations, we managed provincial subsidies, we obtained the assistance of the Ibermuseos fund, and it was possible to digitize part of the historical archive thanks to the support of the Parque de España Cultural Center.

Parallel to the internal work, the strategy was to look for allies abroad. Strengthen relationships with schools and other institutions such as the La Posta Traditionalist Center with which we develop an annual program of exhibitions, talks and meetings. Thus we have organized important samples of Creole silverware, traditional textiles and rope. This allowed us to reach an audience that until then had never set foot in the museum.

Today we continue to go through a process of transformation in which some objectives that we began to activate approximately a decade ago can be seen crystallized. This was acting as a catalyst and trigger for unexpected situations. For example, the Ibermuseos Fund was used to preserve the collection of photographs. As a result of this, a significant number of wedding photographs began to arrive as donations, most of which did not enter the museum alone, but rather accompanied by the respective dresses that the brides wore in their portraits, these being representative of fashion for much of the 20th century.

In processes of these characteristics, the participation of the community is essential. And for this we understood that it was essential to count, communicate and make transparent the actions and tasks that we carried out behind the scenes of the institution. In museums, each action opens new windows and these lead to others. The management of these unique organizations in our context, without a doubt, entails a large dose of creativity, but also sensitivity. The challenge is always to push the limit of what is possible and find allies who support and defend the project.

In Peyrano the museum continues to grow and become part of the region. Proof of this is the archeology project Gender and prostitution in Peyrano: houses of tolerance, contributions to local identities that we are carrying out with a team of teachers and students from the National University of Rosario, with the authorization of the provincial government. .

And we reach 2022 with the inauguration of the conservation and restoration laboratory, the first in the south of Santa Fe, fully subsidized by the local community. 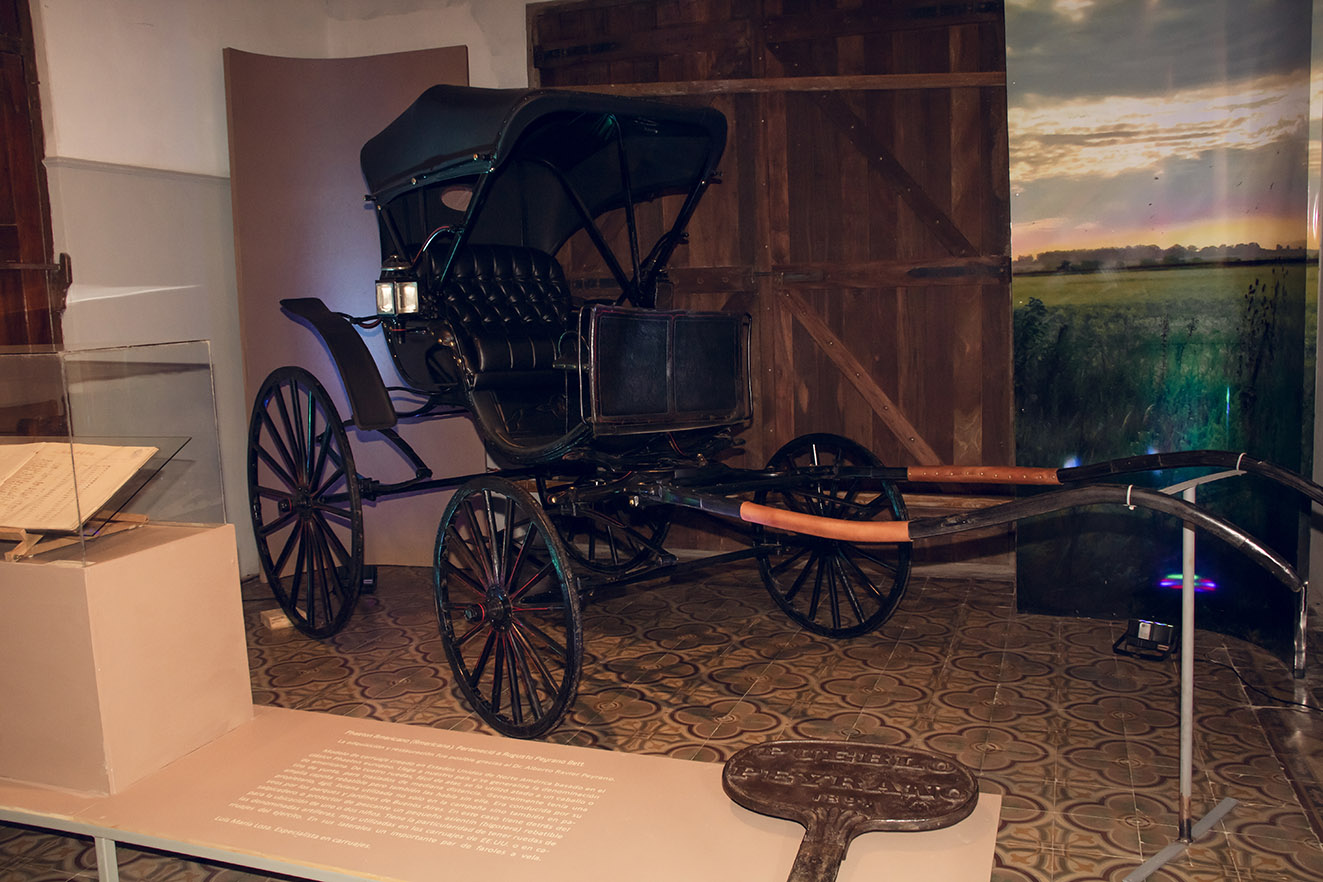 In this process of continuous evolution, we ask ourselves: when can a museum's management model be said to be successful? And I think the answer can be expressed like this: when it begins to permeate their communities, when they feel pride in their institution, when they express that the museum is the best place to preserve their memories, when colleagues and specialists are tempted to working on it, when a publication of this importance sets its sights on a museum in a small community, in a rural town in southern Santa Fe...

The proposal is a path. Much remains to be done, we invite you to visit the museum and be part of its dreams and achievements.

The Peyrano Community Museum is open from Monday to Friday, from 8 a.m. to 1 p.m., and on Tuesdays, Wednesdays and Thursdays, also in the afternoon, from 4 p.m. to 7 p.m. In addition, it works with the modality of à la carte visits, contacting previously through the museum's networks and email: [email protected] or at its own headquarters.