POMPEII, A JOURNEY IN TIME 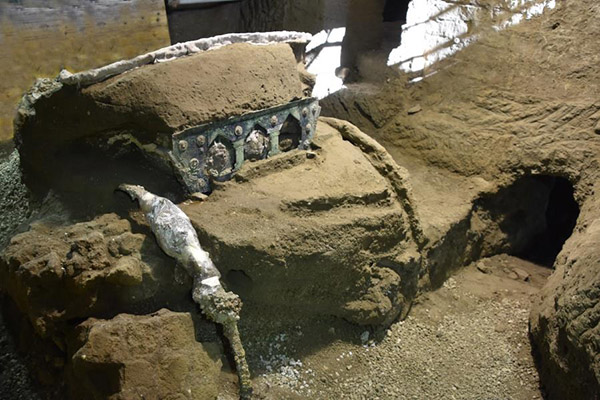 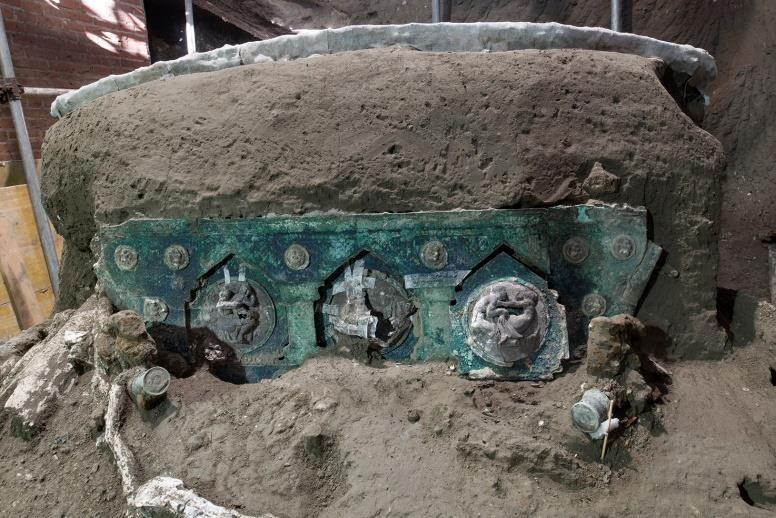 The task of removing the volcanic material that covered it was a task of millimeter precision, always in an effort to preserve all the remains present there. Ph: Courtesy of Parco Archeologico di Pompei. 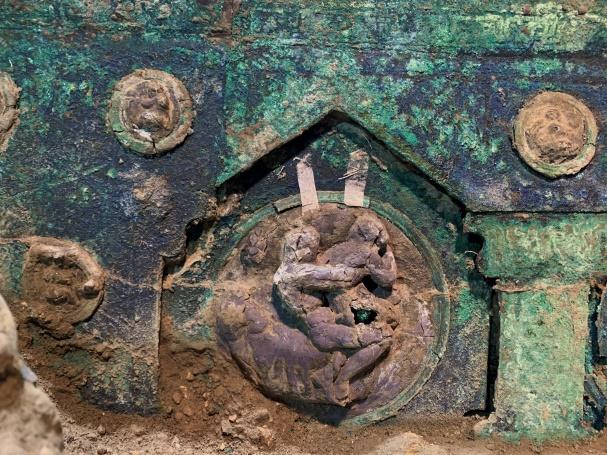 Wonderful ornamental detail with a scene referring to Eros, embodied in a medallion. Ph: Courtesy of Parco Archeologico di Pompei. 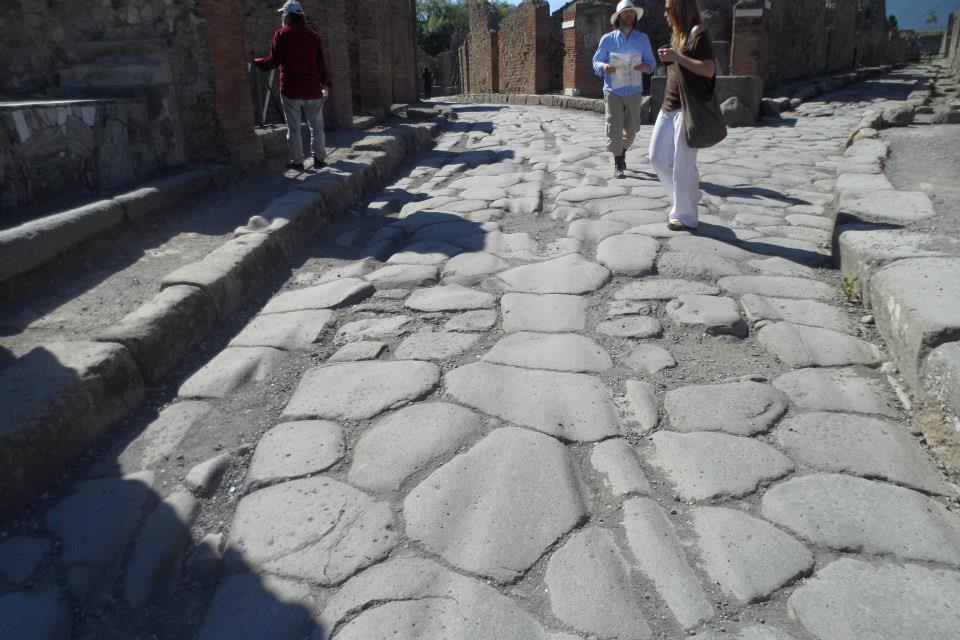 The tracks that the wheels of the carts marked in the cobbled streets. Ph: Hilario.

Tourism has been one of the most developed industries in recent decades worldwide. However, its rise was abruptly interrupted by the Covid 19 pandemic and although its spaces of attraction are gradually reopening, the truth is that a new consciousness emerges after this unexpected parenthesis.

The health crisis has exposed us to sudden and unexpected changes, and we can all warn that, without relevant measures, climate change will cause severe consequences in the near future. To achieve a more benevolent scenario, tourism must also change. Its unbridled massiveness is an engine of environmental pollution that deserves to be corrected and the actions taken by numerous centers of attraction also march there, such as the Archaeological Park of Pompeii.

Very close to Naples, the Roman villa of Pompeii continues to surprise the whole world with new finds that announce how much remains to be discovered under the ashes of the Vesuvius Volcano. All of its architecture was first hit by an earthquake in February 62 AD. (after Christ) and when it was already rebuilt, in November (1) of A.D. 79. the volcanic eruption of Vesuvius literally buried her under a blanket of ash and stones.

There it remained in the deepest oblivion until in the 18th century a Spanish engineer carried out the first systematic excavations, bringing to light some remains of that city. Since then, much has been done to unravel so much mystery ... And in that emergence of the crystallized city in time, its remains became one of the world's greatest cultural tourism attractions, captivating an ever-growing audience until March 2020, when the clocks stopped again, at that time due to the uncontrolled arrival in Italy of a disease that became a pandemic 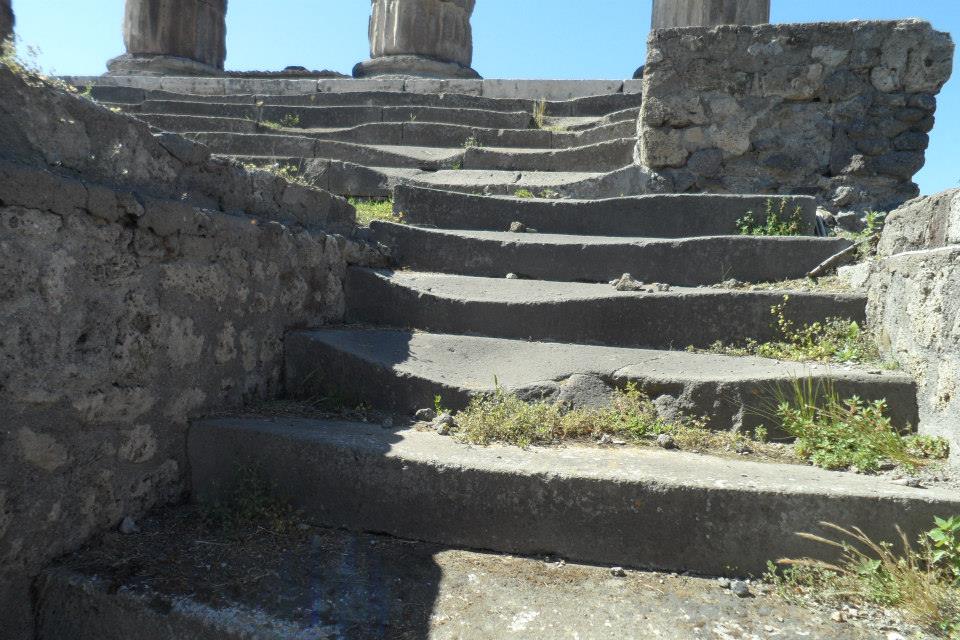 The Roman architecture of Pompeii and the vestiges of its use. Ph: Hilario.

Now everything is moving towards a "new normal", and in Pompeii they have developed a pilot plan so that, in small groups, visitors -who have just returned with a green passport, and with a health post with antigenic swabs for the unvaccinated- can learn about the excavations while scientists work on the site. Its director, the German Gabriel Zuchtriegel (2), promotes the search for a different experience, "that is where museums and cultural institutions should go", he maintains and insists, "we want to share it with people, with site visitors, but also online. I want to open warehouses and laboratories, do excavations and tell how we got to our findings, to reconstruction. 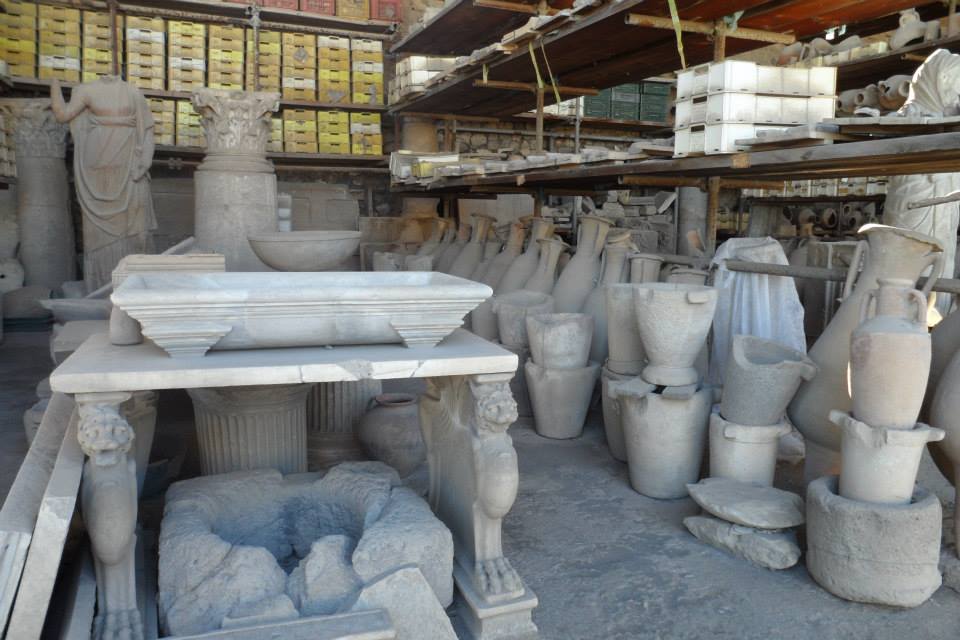 The warehouses will also be open to the public. Ph: Hilario.

With the arrival of a new time, says its director, "Pompeii has to respond to it in terms of sustainability, historical preservation and inclusion.

In recent months, two important findings have been made public. The first was the discovery of the tomb of Marcus Venerius Secundio, a freed slave who had achieved a position of a certain hierarchy, whose name was already known among Pompeii archaeologists because it was found in the archive of waxed tablets of the Pompeian banker Cecilio Giocondo. Finding his remains has been another great step in the search for more information about daily life in that city that disappeared 1949 years ago. Certain inscriptions found in the tomb allude to representations made in Greek and Latin, a reference of great value to scholars. And, furthermore, the state of his body is another subject for analysis that will surely reveal more unknowns: preserved in an airtight burial chamber, it presents a partial mummification, the result of an intentional treatment or not?

The other discovery announced was made in the excavations that are advancing in the Civita Giuliana town, included within the Archaeological Park, although outside the walls that delimited ancient Pompeii, towards the north. The news has gone around the world: there a four-wheeled processional cart was buried under the ashes; apparently a Pilentum, known only from historical sources, used in festive moments, parades and processions. Perhaps, because of the medallions located at the back of it -see image- it has been used for rituals related to marriage, to take the bride to the new home. He had remained next to the remains of a stable and the eruption found him even with the floral decoration prepared to show off before a fervent public. Almost intact, it now dazzles laymen and initiates.

In 2018 the remains of three horses had been exhumed, one of them harnessed. They had probably pulled that car in a celebration that advanced through the streets of the city, or perhaps they were preparing to do so that same day that the cataclysm occurred. The truth is that today an interdisciplinary team of specialists works on those vestiges. The cart has its structure almost intact, even with its bronze and tin decorations, and even the remnants of wood -already mineralized- of the strings and the flowers that decorated it.

The excavations in this area also seek to stop the looting of cultural heritage, since several illegal tunnels had been detected to plunder archaeological treasures. The old town is located under a modern urbanization, with the complexity that this causes in the work of the exploration and study teams.

Those of us who have walked through Pompeii are moved by this news. If we had seen the tracks of the wheels of the cars captured on the paved ground... Now knowing one of them will be even more attractive. And without a doubt, there is much more to discover. Let us appreciate here the work of the specialists in full excavation: see video.

1. It was long claimed that the exact date of the eruption was August 24, AD 79. -as stated by Pliny the Younger in a letter addressed to Tacitus, where he alluded to the avalanches of lava that destroy everything-, but a date discovered on the painted wall of the House of the Garden modified the dating.

2. His appointment caused a lot of noise in the Italian scientific and political communities, but no one could object to an international selection based on the strongest search requirements. Today those waters have calmed down and Zuchtriegel is advancing steadily in a management that will bring more changes, we hope they are on the right course.