MY MEMORIES OF CARLOS HOSS 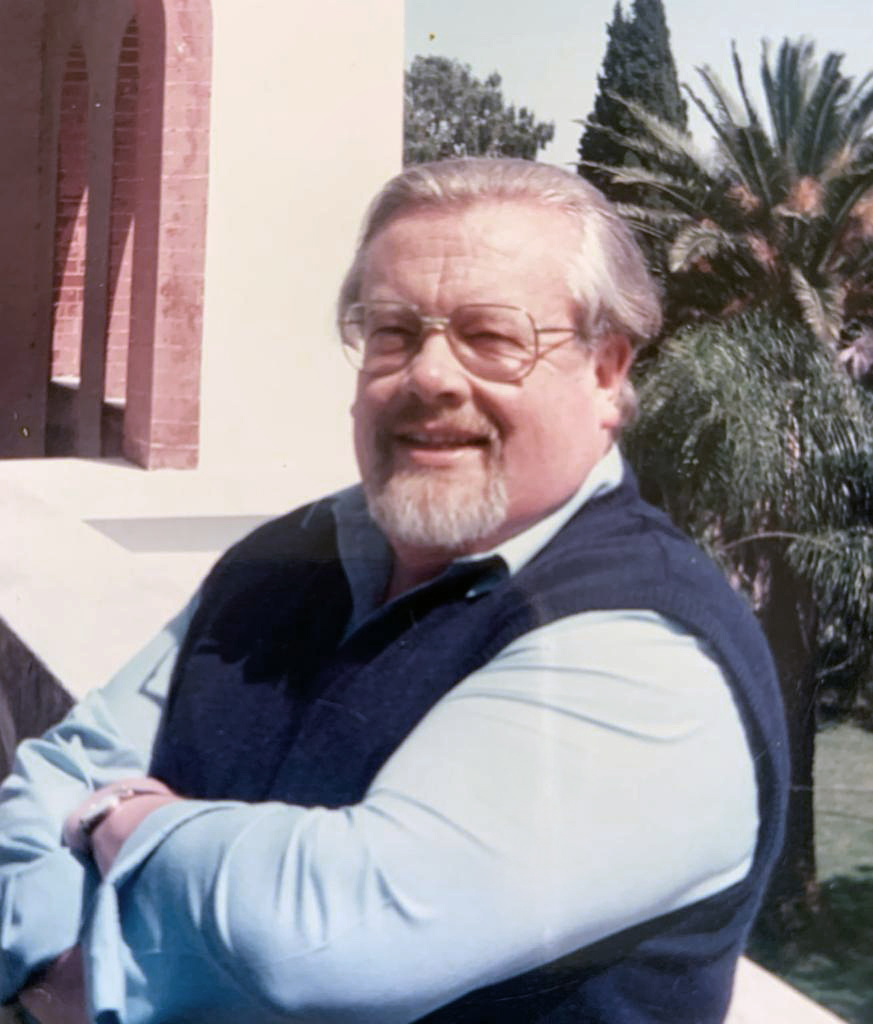 Of Ricardo Hogg, Memories of the border. Buenos Aires. 1997. 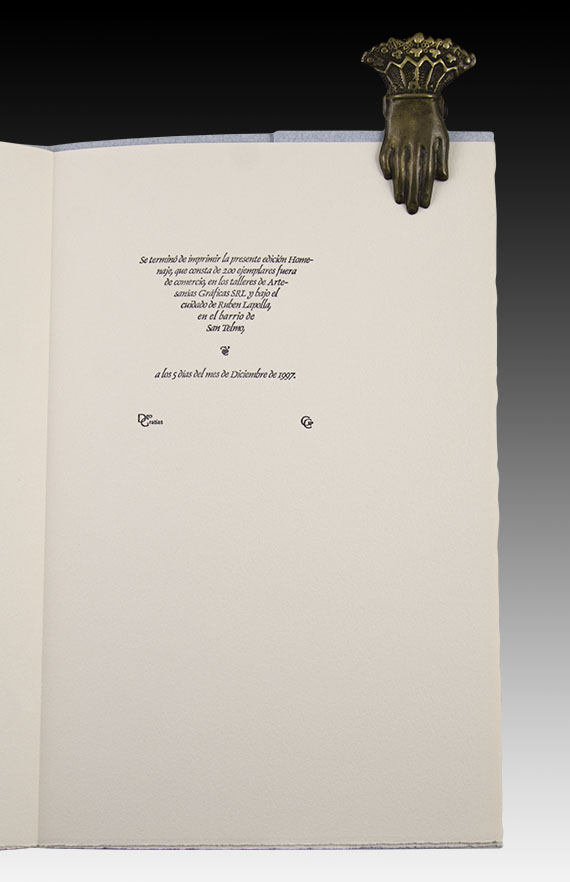 The work was printed under the care of master Ruben Lapolla.

Throughout his life, Mr. Carlos Hoss built up an important private library and was a prominent figure in Argentine collecting in the last two decades of the 20th century.

Administrative director of the German Hospital and later a businessman, it cannot be said that he was simply a person who decorated his library with valuable books nor a mere collector who takes pleasure in hoarding them without discernment.

He was a bibliophile trained by extensive training (he had artistic, bibliological and historical knowledge), he knew how to analyze works not only in their material form but also by literary and intellectual content. It could be said that he searched, located, acquired, gathered, examined, investigated and preserved a vast and valuable collection.

Selective, he understood bibliophilia as Horacio Zorraquín Becú defined it when he stated that it "does not postulate or admit a blind love: it is a reasoned, lucid love, pregnant with demands, because it seeks and awakens, evenly, the pleasure of the senses and the of the spirit.

Precisely in the charming little house at 477 Cochabamba Street, in the San Telmo neighborhood, then headquarters of the Argentine Bibliophile Society presided over by "the black" Zorraquín Becú, was where Hoss began in the ritual art of examining with white gloves the precious editions of the Mayer collection (today at the Universidad San Andrés). And it was at that time that he also allowed himself to be invaded by the pungent smell of ink in the neighboring workshop of Artesanías Gráficas SRL of master Rubén Lapolla (1), at number 471 on the same block, printer of the Society's books between 1974 and 2003.

Interested in original images printed on hand presses, he knew how to distinguish between engraving techniques: etching, xylography, lithography and drypoint. He liked to visit the workshop of illustrators, such as Alicia Scavino, in whose study of the Rivarola passage he admired his etchings.

He was especially attracted to those books that were the peak of Argentine graphic art, and he knew how to appreciate the rare bindings of Julien Leprêtre, a Frenchman living in our country.

In his apartment in Belgrano and in the office in Córdoba and San Martín, texts on Argentine history and literature, traveler's editions, art books, magazines and newspapers were lined up, together with bibliographic repertoires, reference works on the history of books and artistic binding, dictionaries for publishers, printers and illustrators; catalogs of antiquarian booksellers and auction houses.

He knew the great private collections, to which he had access, and greatly appreciated the library of engineer Gustavo Fillol Day.

He visited the most important antiquarian booksellers and periodically scanned their windows; he appreciated the friendliness of Gerardo Fernández Blanco (always so talkative!) and the erudition of Víctor Aizenman.

He regularly participated in the auctions of private collections and in one of them he acquired the remnants of the famous documentary collection that had belonged to José Marcó del Pont.

In other cases, his purchases were direct, as in the case of the valuable material that he acquired from Helga Sieglinde Lehmann-Nitsche de Mengel, daughter of the German scholar who lived in Argentina until 1930, whose valuable collection on local themes is preserved in Berlin. .

He reasoned knowingly, because he was also knowledgeable in ancient and contemporary Argentine painting; on the works of Mauricio Rugendas, Emilio Pettoruti or Schulz Solari, and he knew how to recognize, almost at a glance, the numerous forgeries of Pedro Figari's oil paintings on cardboard. His prolific anecdote included tasty conversations with the remembered gallery owner Natalio Povarché, dealer of Xul Solar and founding director of Rubbers.

In his formation the musical spectrum was not lacking; concertgoer he was a subscriber to the Teatro Colón and had fluid conversations with Dr. Gustavo Bigourdan, an outstanding musicologist who for years spread his vast knowledge on the well-known radio program Mundo Lírico.

His fondness for gastronomy led him to compile a rare bibliography on this subject. A lover of good food, he did not miss meals with his refined colleagues from the Institute of Ibero-American Studies that worked in one of the rooms of the Military Circle and epilogued in its dining room, to the Saturday lunches at the Naval Center after the meeting at the Institute Bonaerense de Numismática y Antigüedades, nor to the meetings in the apartment of Helen S. de Studer, in Guido and Montevideo, with a select circle that met in a festive and erudite gathering, or in a still life in the Monserrat neighborhood, or in the central "Pepito", Montevideo and Corrientes where for years they were attended by a waiter exclusively assigned to the table. He knew how to taste the scarlet tongue of the Alexandra, a restaurant specializing in English food located at San Martín 780, on the ground floor of the old Phoenix hotel; Creoles (despite his name) Po Paresky Poached Eggs at Claridge's; the Pedemonte stew on Avenida de Mayo. And at dessert he was a connoisseur of cigars. For something he was part of an exclusive men's club to eat and drink in which he reached the category of "fork": the so famous "Epicuro" club, which met for years in the dining room of the Plaza Hotel, and congregated -among others - The winemaker José Federico López and the cartoonist, writer and epicurean Miguel Brascó.

Carlos Hoss passed away in Buenos Aires on May 23, 2003, leaving behind the memory of a man who knew how to value those books marked by their antiquity, scarcity, and rarity, but above all by their uniqueness and aesthetic quality.