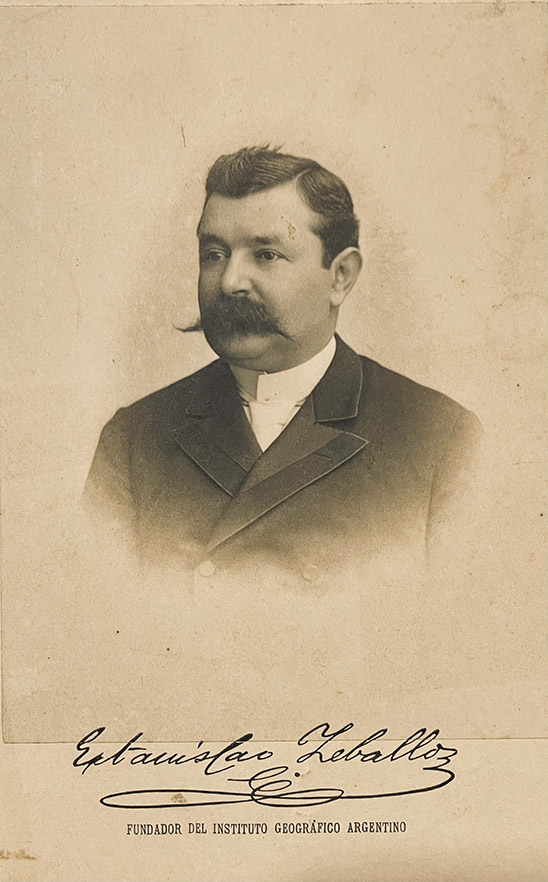 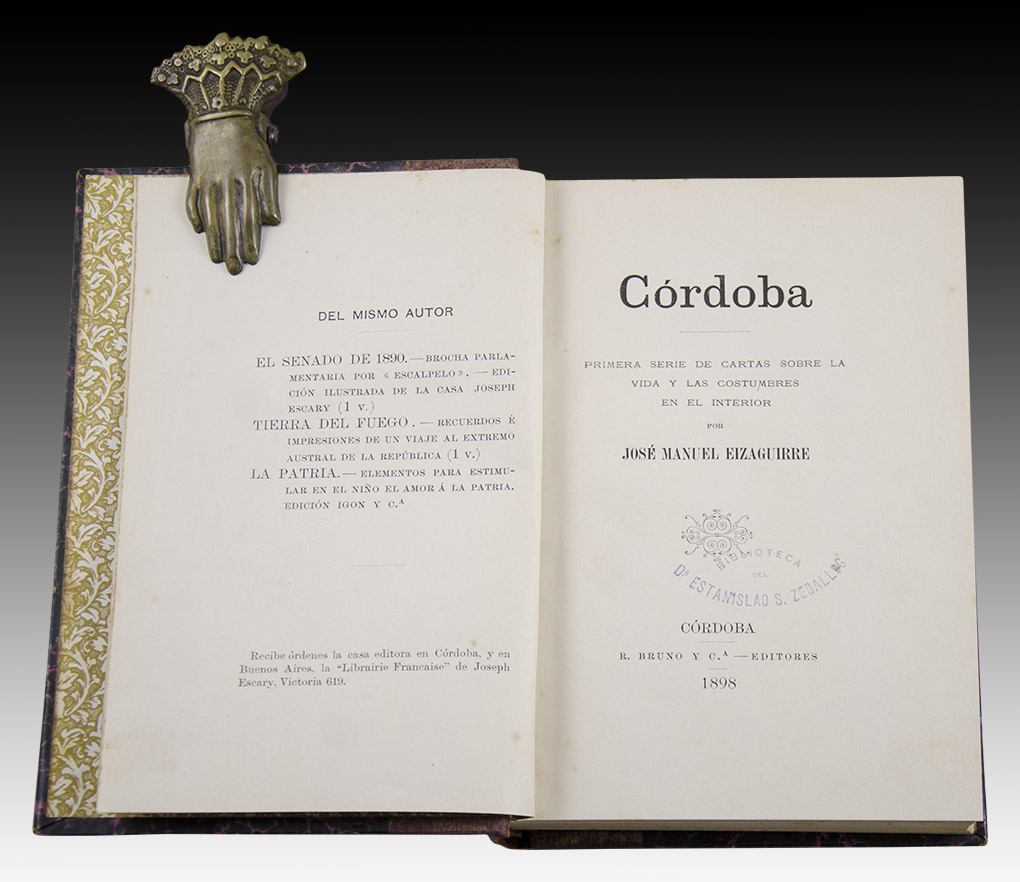 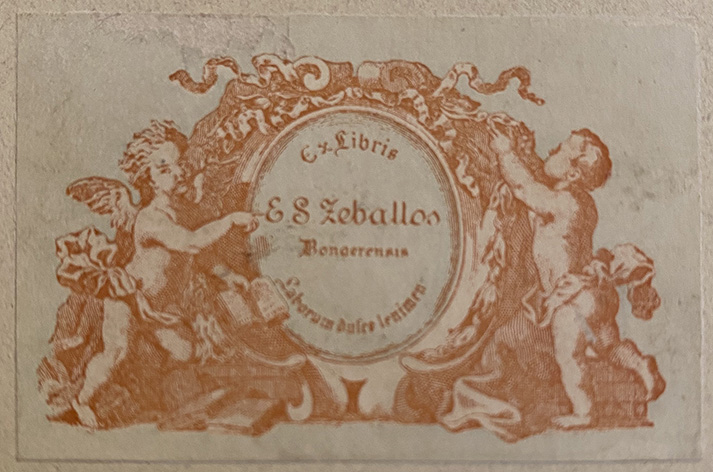 Estanislao S. Zeballos (1854-1923), to his office as statesman, writer, historian and jurist expert in international law, added a passion for collecting. At the beginning of the 20th century, he had gathered a remarkable set of pieces in his house on 143 Tacuarí Street, in the city of Buenos Aires. Martín García Mérou referred to this: Nothing provides a better image of Zeballos's character than his magnificent Library. It is a museum, a pictorial gallery, a scientific laboratory, and at the same time the study of a man of society. Ancient manuscripts, aboriginal curiosities, Peruvian pottery with Pompeian vases, historical memories; paintings by renowned masters, both European and American; cabinet of ancient coins, autographs, maps, scrolls, weapons; all the arts, sciences and distinctions of the mind are represented in the vast rooms where they are grouped, in the middle of this enviable maremagnum, about 14,000 volumes, carefully selected by their owner .

And that was magnified when he shortly after he moved his residence to the sumptuous building of Libertad 1070, next to the Paris confectionery, in the northwest corner of Charcas (today Marcelo T. de Alvear) and Libertad; both demolished. The rooms of the building were filled with antique furniture, silverware, paintings, porcelain and everything you can imagine. There Zeballos devoted time to his collections, accompanied by his wife María Josefa Costa Arguibel de Zeballos (who died in 1922), his sister Carolina Zeballos de Shakery, his niece Carolina Shakery Zeballos (Lola), and their only son, Estanislao ( Talo ), born in 1875. Among other peculiarities, Zeballos had ordered themed rooms, such as a jewelery in the River Plate fashion of 1750.

At the end of his life, Zeballos saw his economic position collapse, he had only accumulated debts. Upon his death, one of his main creditors, the Banco de la Nación Argentina, seized all his assets, which were auctioned.

In the inventory of 450 pages included in the inheritance file, the furniture, works of art, books and other belongings in the house of Libertad 1070 were included. According to said inventory, the library had 36,000 copies, of which 16,000 corresponded to the sections on North South American history, geography, and descriptions; 15,000 to law and boundary issues; 4,800 to public instruction, reading and lexicography; 130 to Argentine philosophy and 200 to religion. In 1930 the hammer firm J. C. Naón & Compañía, in its salons at Bartolomé Miter 757, proceeded to the auction, for which purpose the respective catalogs were published, all with lead gray covers. There was no collector or bookseller of importance who was not present.

The dispersion was total. The brochures on religious subjects finally went to the National Library, by donation of their purchaser in the auction. The Tornquist library of the Central Bank of the Argentine Republic currently preserves some 500 works, including manuscripts, books, magazines, brochures, part of its archives and private correspondence. The collection of travelers dispersed. Important material was acquired by Alejo González Garaño. The Azulean collector Bartolomé J. Ronco, acquired some batches of books, brochures and plans; among them a volume with works by José Martí - dedicated to Zeballos - that he gave in 1947 to the Cuban poet Nicolás Guillén and today is in the National Library of Havana, in Cuba. Books often travel far!

The Archive formed by Zeballos, initially made up of 310 files and 30 boxes, after initially remaining in a deposit of the Banco Nación, was finally transferred to the Luján Museum in 1929, where it remained in a state of abandonment, until its first cataloging in 1973 by José María Anaya Espinasse, when she had already been the subject of multiple abductions.

Talo Zeballos, outside of the judicial auction, sold many valuable copies of his father's library to the bookseller Julio Suárez, owner of the famous Cervantes bookstore, who in turn sold them to his usual clients.

The books that belonged to Zeballos are easily recognizable by the use of two types of stamps, one circular and the other quadrangular, and a characteristic ink stamp whose shape is reminiscent of sealed paper from the time of Rosas; others have their ex-libris stuck to the guards in a pungent or borravino tone. They are highly sought after by collectors today. They evoke the owner, spent long hours in the silence of his library, moving away from the buzz and boiling of everyday life, and dedicated to developing his work, particularly the 76 volumes of his Journal of Law, History and Letters (1898-1923) that it is like a beacon that projects its light on the waters in the anxiety of the night.