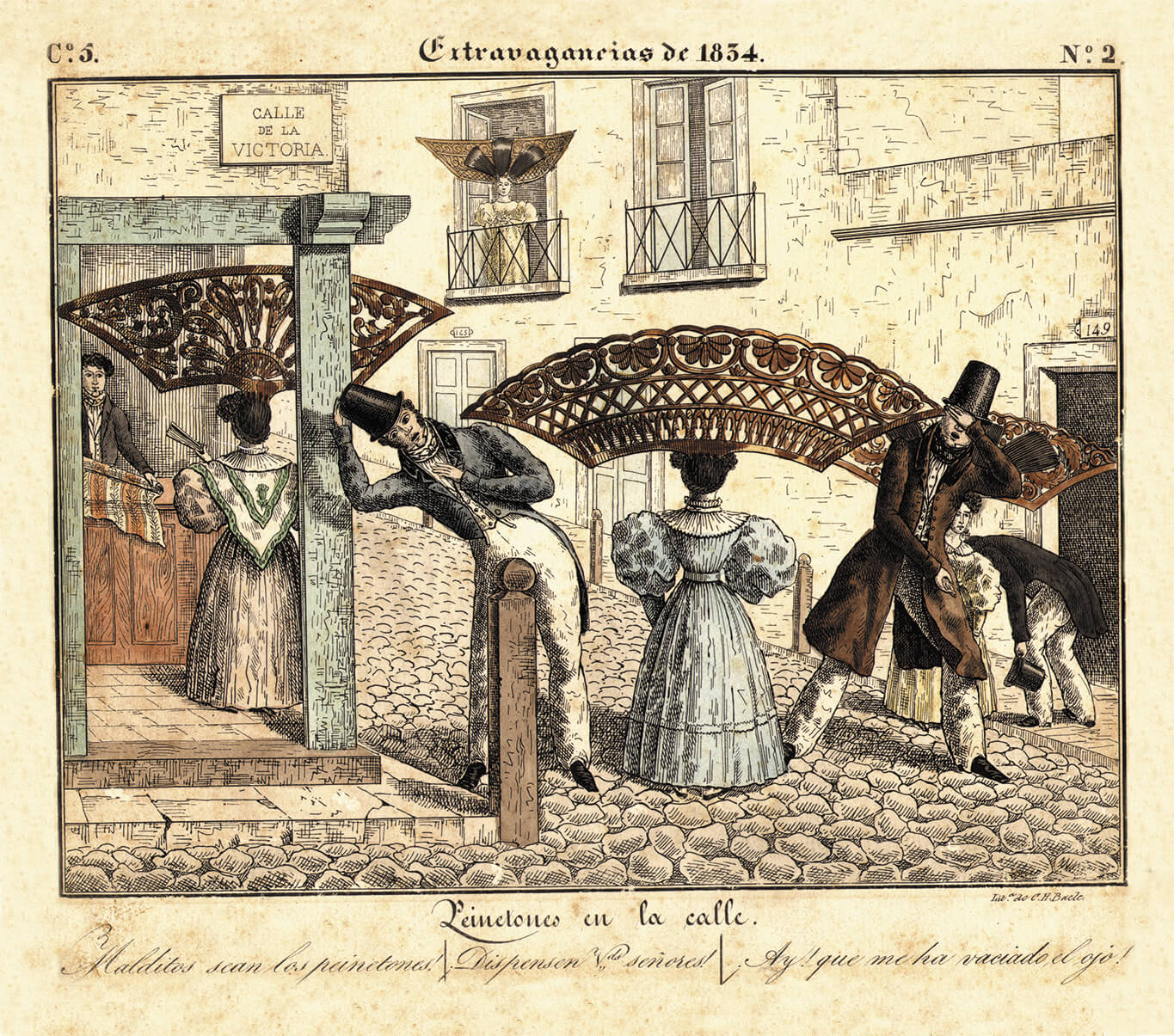 Lith. by Bacle. Extravagances of 1834. Peinetones on the street. Ph. Diego Astarita. 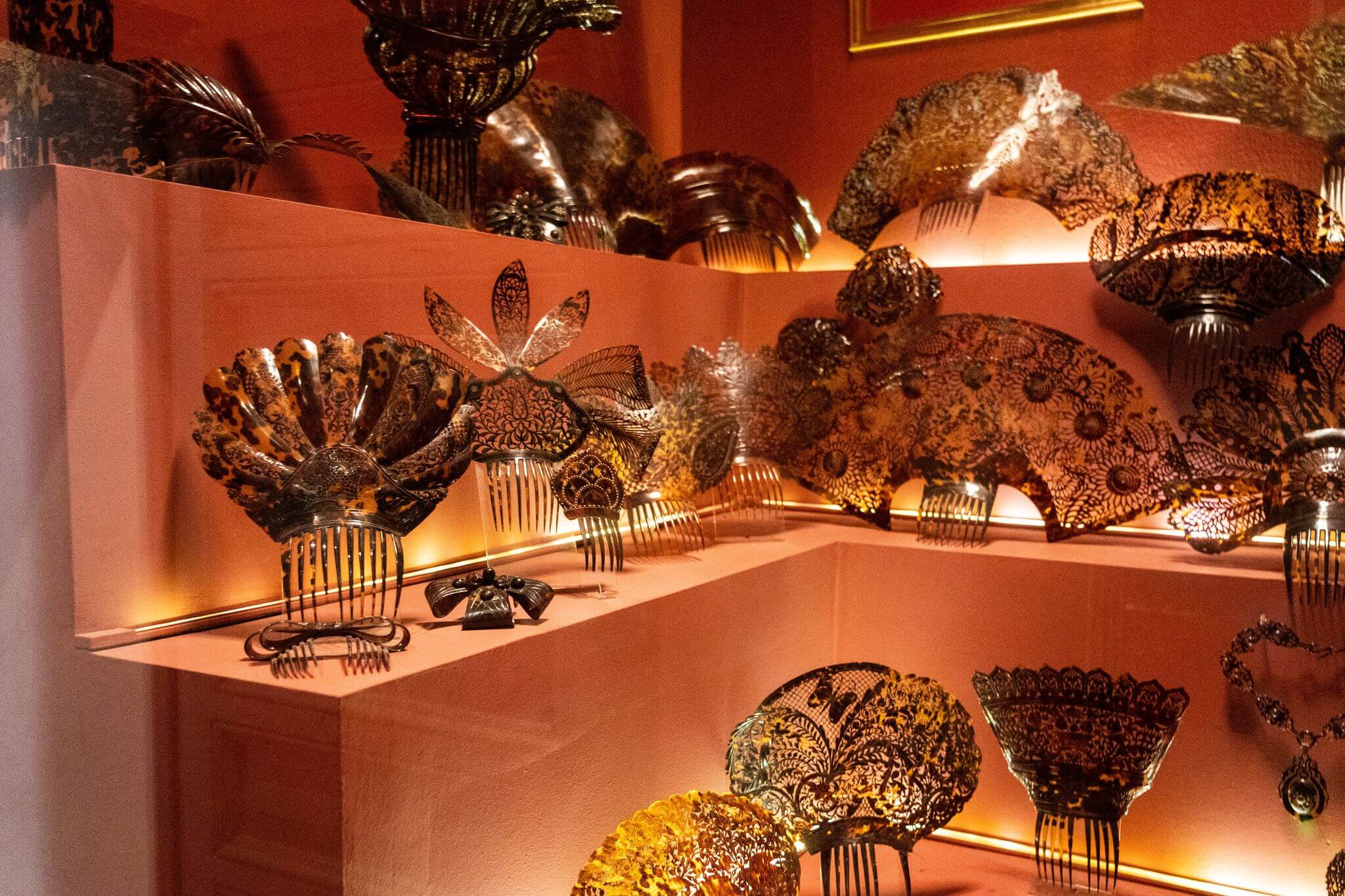 Detail of the exhibition The 50 years of the Celina González Garaño Donation 1963 - 2013. Heritage of the Isaac Fernández Blanco Museum. Ph. Diego Astarita. 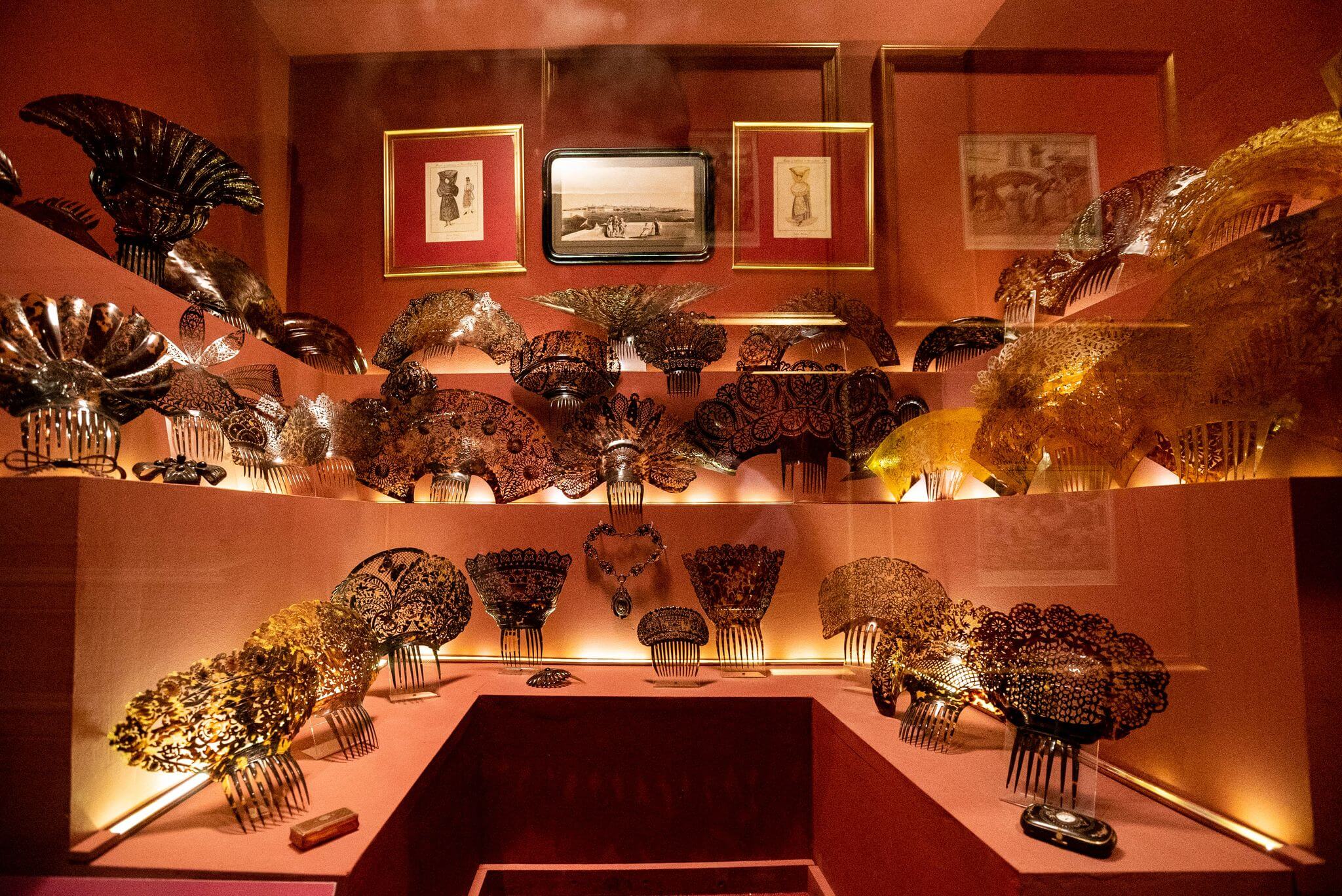 Collection of peinetones exhibited in the exhibition The 50 years of the Celina González Garaño Donation 1963 - 2013. Heritage of the Isaac Fernández Blanco Museum. Ph. Diego Astarita.

Graduated in History, technical chief and principal curator of the Isaac Fernández Blanco Hispano-American Art Museum since 2000. Previously, he was responsible for the museum design of the Juan Bautista Ambrosetti Ethnographic Museum, Faculty of Philosophy and Letters (UBA), Buenos Aires . He has designed and made more than a dozen museums throughout the country, since their construction and assembly curatorship, as well as their partial or total remodeling, among others, in the Museum of Man and the Sea, Puerto Madryn, Chubut, the Evita Museum, in Buenos Aires, and the Pueyrredón Museum, the Quinta Los ombúes and the Toy Museum dependent on the San Isidro Undersecretariat of Culture. He has designed and curated hundreds of exhibits both at home and abroad over four decades. He has multiple catalog publications as an author or co-author.

He has given seminars on museums, curatorship and exhibitions, among other institutions, for the Smithsonian Institute in Washington, USA.

Museologist (ENM) and curator of the I. Fernández Blanco Museum. He participates in UBACyT and PICT projects. A grant from the General Directorate of Cultural Communication and the General Directorate of Fine Arts, Ministry of Culture, Spain, in 1997 and 2005. Latest publications: The Fernández Blanco Museum, materiality as the construction of a museological discourse in Gabriela Siracusano and Agustina Rodríguez Romero (ed.), American Matter. The body of images (16th to mid-19th centuries), EDUNTREF, 2020, Mountains, Volcanoes, Stones and Promontories: Eighteenth-Century Marian Devotion and Painting in the Andes (essay) in Suzanne Stratton-Pruitt, editor, The Art of Painting in Colonial Bolivia, Saint Joseph's University Press, Philadelphia, USA, 2017.

Art historian from the National University of Cuyo. His research interests are oriented to Argentine and Latin American art of the first half of the 19th century and the discourses of fashion and appearance in their links with politics. He is a visiting professor at the University of San Martín and directs the Fashion Studies collection published by the Ampersand publishing house. He currently resides in Bristol, England.

It will always make a porteña lady stand out from the rest of the women of the world, a special ornament, an ornament that they have as life, or I almost dare to say more than her: it is an immense comb that looks like a fan convex, more or less precious, and more or less ornate, according to rank and assets of the wearer.

By 1810 the Spanish comb had already been introduced into the Río de la Plata, but it was not until the middle of the next decade that this accessory became a unique and peculiar phenomenon. The Castilian Manuel Mateo Masculino López was received as a combing officer in the workshop of the master Lorenzo Mailliet in La Coruña, on December 17, 1789. Trained in the manufacture of matrices for combs of ivory and tortoiseshell, it was in Cádiz that he learned to mold the bovine shaft, producing skylights for the ships. In April 1823, his life took a new course when he landed in Buenos Aires where he set up a factory of ivory combs and tortoiseshell combs, with 120 workers and two sales outlets. He was not the first comb in the city, but he was the first to cut and chisel with machines of his own design and manufacture, taking the small combs to increasingly elaborate shapes and sizes that exceeded one meter in height, thus generating a coveted fashionable object, as fleeting as it is pregnant: el peinentón.

Their excess was accompanied, proportionally, by the growth of the lantern sleeves and the flight of the skirts, expanded with multiple layers of superimposed petticoats, which transformed the ladies into true walking hourglasses. Midwives and young ladies were recorded in the watercolor portraits of Charles Henri Pellegrini or in the miniatures of Jean-Philippe Goulu, proudly wearing the novel comb. Groomed with capricious hairstyles, capable of supporting the weight of a complex architecture on their heads, all of them were the perfect example of a society of merchants turned into cattle ranchers, eager to reaffirm their position with an extravagant stamp and demonstrate their economic growth.

The demand for this luxury item reactivated the trade in relation to hawksbill, a raw material imported from Asia, Brazil or the Caribbean that suffered a considerable increase in its sale price. We cannot assure that Masculino was the inventor of the comb, but it is true that, thanks to it, he became a powerful businessman, making pieces of remarkable quality, adorned with gold and enamel settings and selling molds and dies to his competitors. His dizzying prosperity was reflected in the increase in his skilled workers, but also in the portraits he commissioned from Pellegrini: his own, together with the unfolded plane of one of his creations, that of his wife, María de Jesús Escudero, from Cádiz, with a striking peinetón and that of his son Manuel Bernardino, wearing a tailcoat, kid gloves and sitting on a polychrome chair of American import.

By 1838, the fury of this fashion had passed and, when the daguerreotype burst into the Río de la Plata a decade later, there was no woman who dared to pose with a comb in front of the camera. From being a precious object, it became a hidden gadget in the closet, which, however, no one wanted to get rid of.

Towards the end of the 19th century, the peinetones managed to regain their place as a treasure in the showcases of collectors such as Isaac Fernández Blanco. In 1963, when Celina González Garaño's legacy gave a considerable lot of these to the museum, the Fernández Blanco collection became one of the most important in the country. (1) Along with the badge and the punctured vest, there was no other object more characteristic of the federal period. Today, for our collection of clothing and accessories, the comb is also one of the first originalities in the evolution of fashions in the Río de la Plata.

1. Exhibitions carried out with a significant presence of the combs conserved in the collection of the Isaac Fernández Blanco Hispano-American Art Museum: